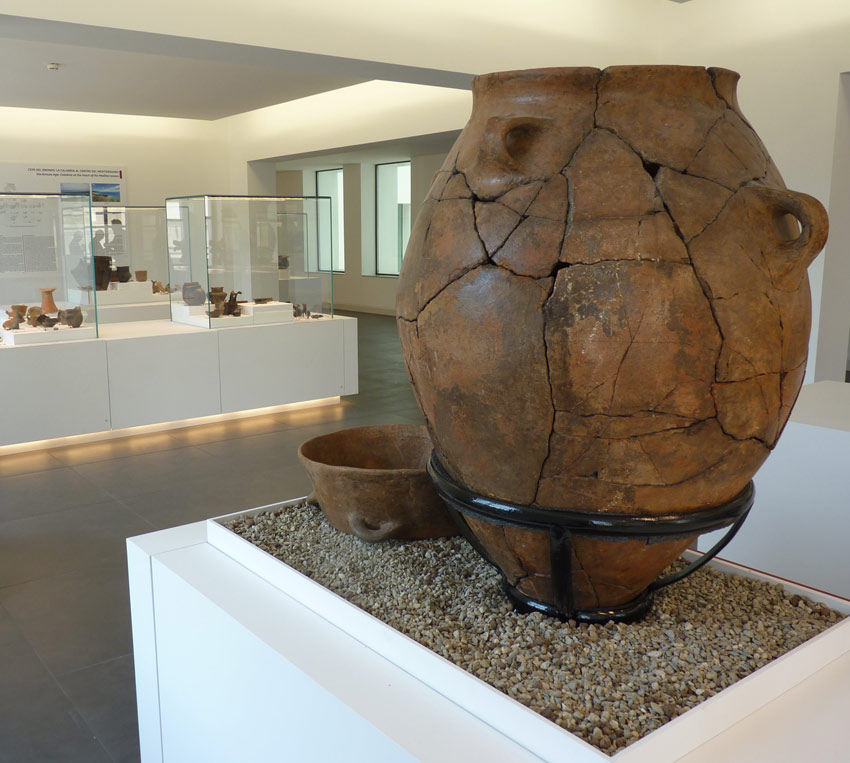 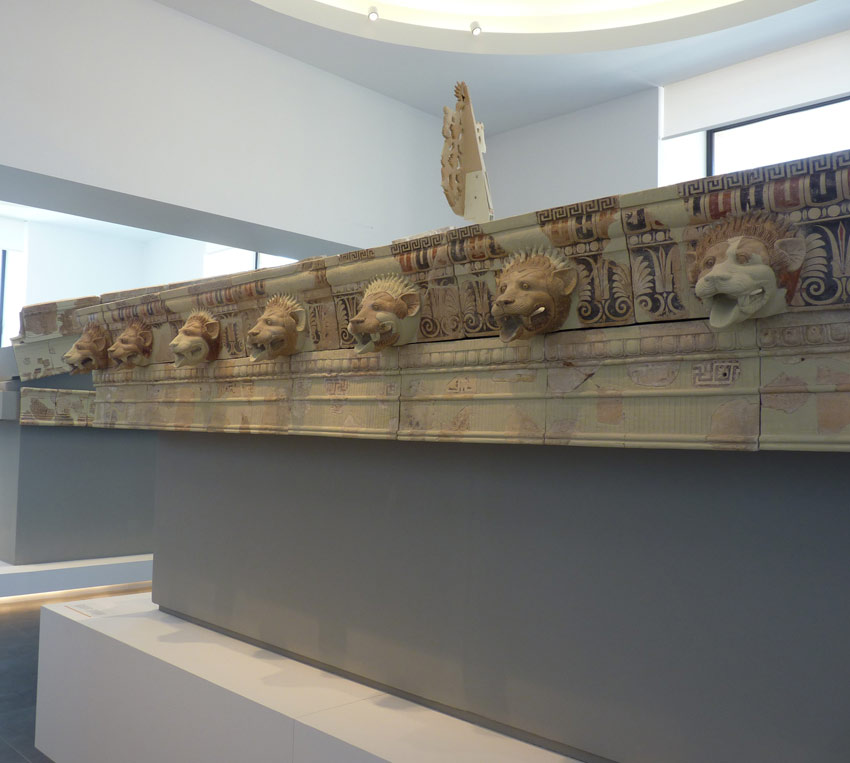 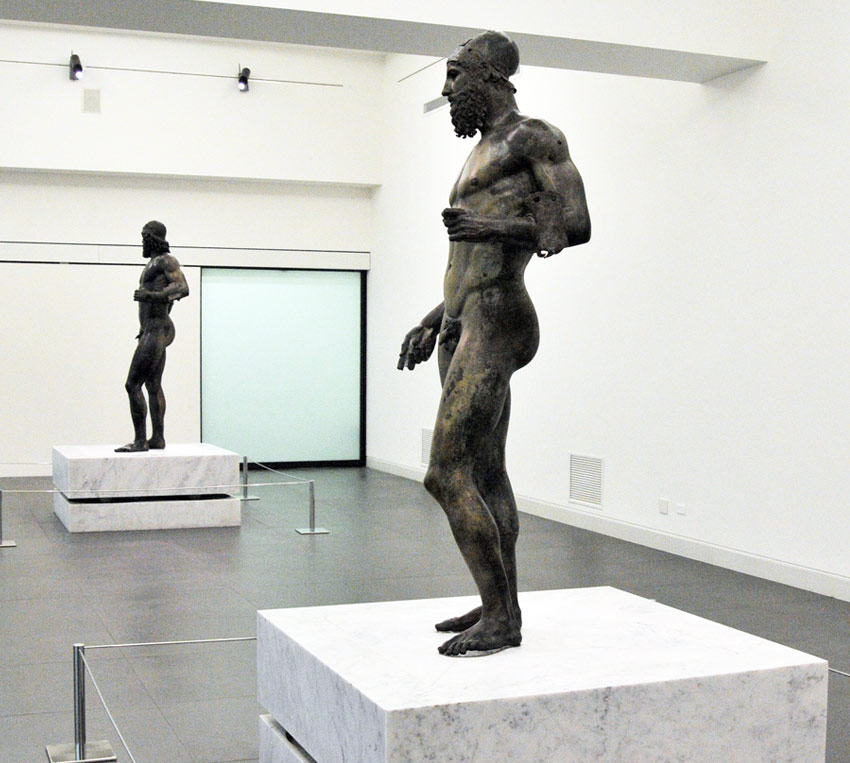 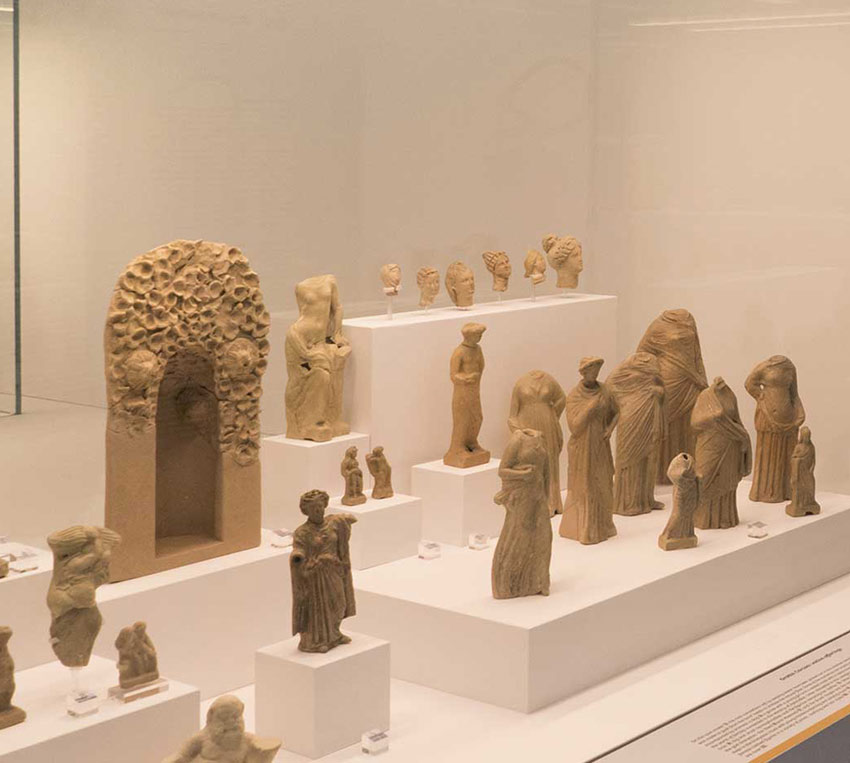 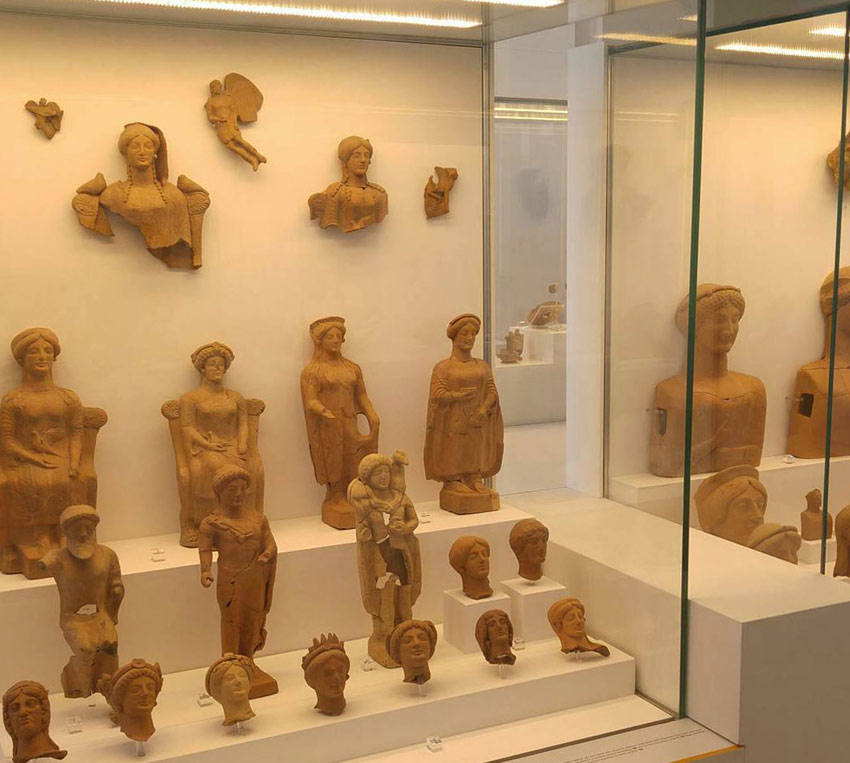 The National Archaeological Museum of Reggio Calabria was recognized as among the most prestigious archaeological museums in Italy when it was made autonomous by the MiBACT 2014 reform.

The building that houses it is one of the first in Italy to be designed with the  exclusive purpose of a museum. Marcello Piacentini, one of the leading exponents of the early twentieth century, conceived of the museum to have a modern style of exhibition, after he visited the main museums in Europe. Located in the heart of the city, the museum is an important element of the landscape and the life of all Calabria. Located next to De Nava Square in the center of the city, the southern façade faces the shore, with its splendid views of the Strait of Messina.

The National Archaeological Museum was born from the merger of the State Museum with the Museum of Reggio Calabria. The latter was inaugurated on June 18th, 1882, to guard the numerous archaeological remains of the area. Its headquarters were initially in the facilities of the Municipal Library, but with the increase of the collections, between 1887 and 1889, it was moved to a building located next to the Roman baths, recently discovered at that time. During the 1908 earthquake, the Museum building was severely damaged.  This accelerated the process of establishing a national archaeological museum, strongly supported by Paolo Orsi, among others, who in 1907 was named the first superintendent of the excavation in Calabria. On May 22nd, 1948, an agreement was signed between the City Council of Reggio Calabria and the General Directorate of Antiquities of the then Ministry of Education. After acquiring these collections from the civic museum, the latter was closed.

Partially opened to the public in 1954 and fully inaugurated in 1959, the Museum has undergone important transformations over the years. In 1981, the underwater archaeological section was created to make a fitting display for the Riace Bronzes, considered among the most significant masterpieces in the world of Greek art. Before the last reorganization, which completely modified the internal structure and the exhibition route, the precious collection of paintings belonging to the Civic Museum was moved to the second floor.  It can now be admired in the nearby Municipal Gallery.

In November 2009, the museum was closed for restoration and finally reopened to the public on April 30th, 2016. The principle feature of the current layout is the new inner courtyard, covered by a transparent glass roof, supported by a technologically advanced structure. Thanks to this, the atrium is flooded with light. The basement of the Piacentini Bulding houses two large rooms for temporary exhibitions. In the long side aisle there is a lapidary. The MArRC also has an internal archaeological area: a strip of the great Hellenistic Necropolis discovered during the construction of the building. 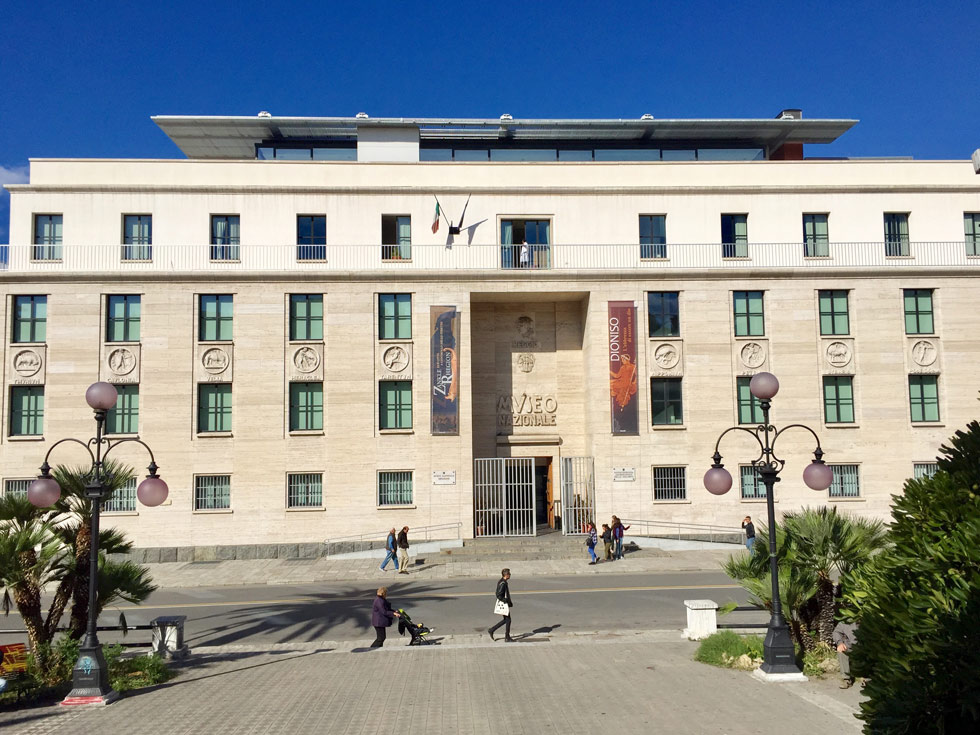 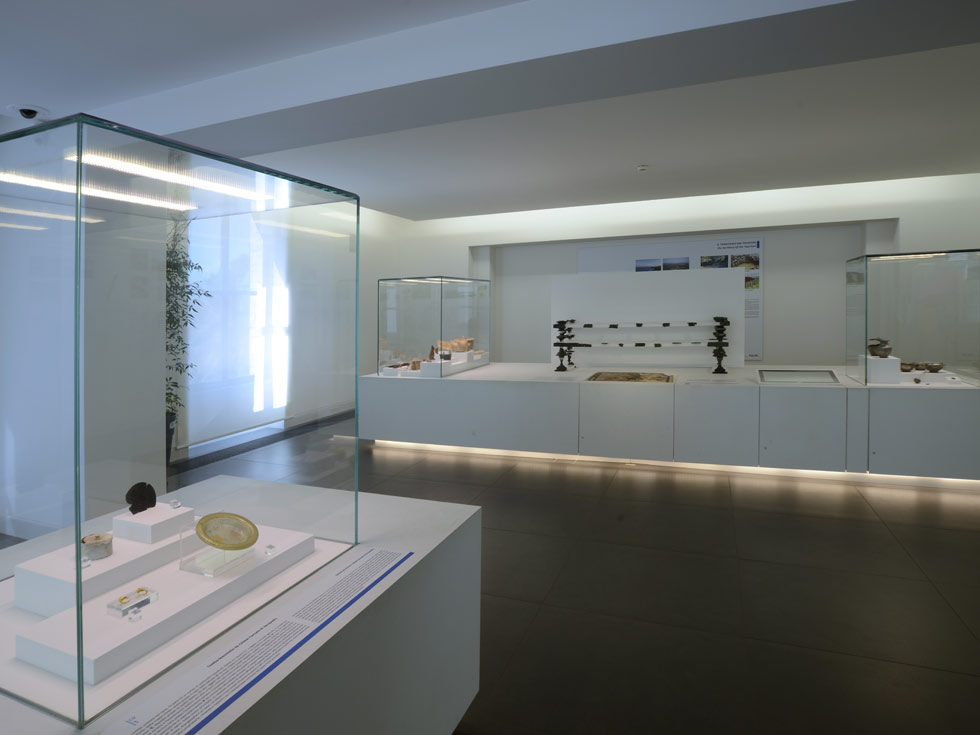 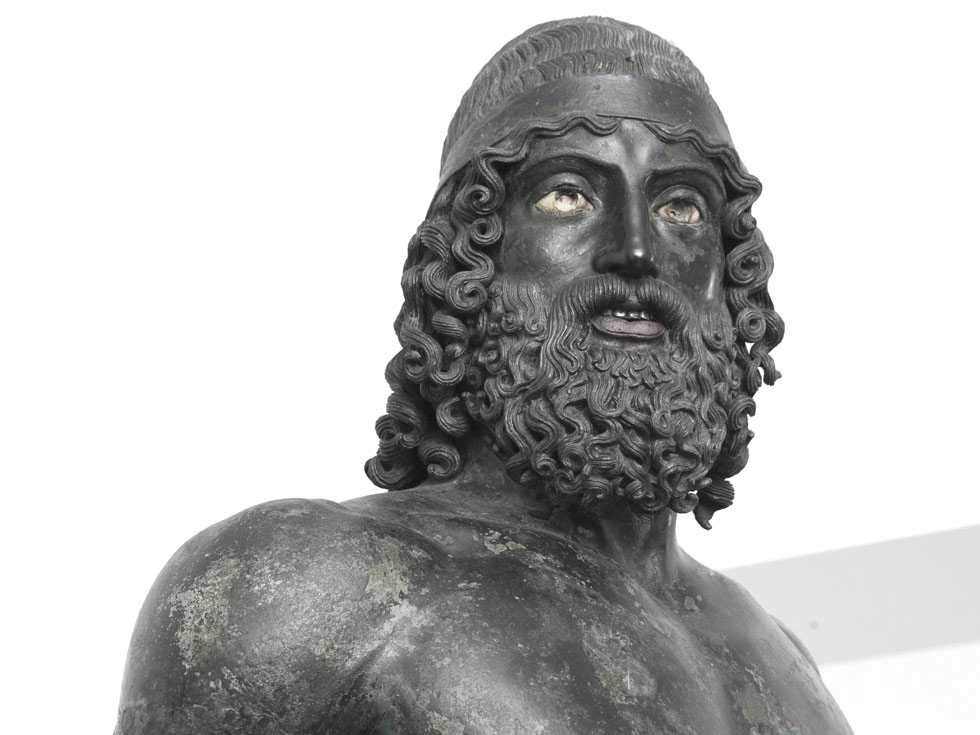 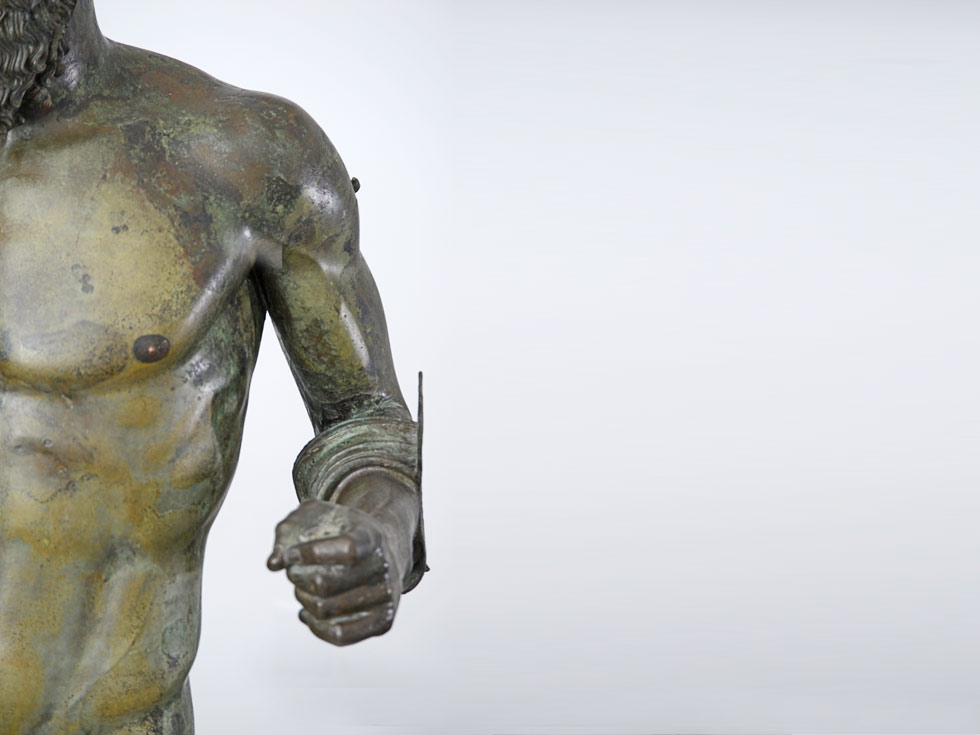 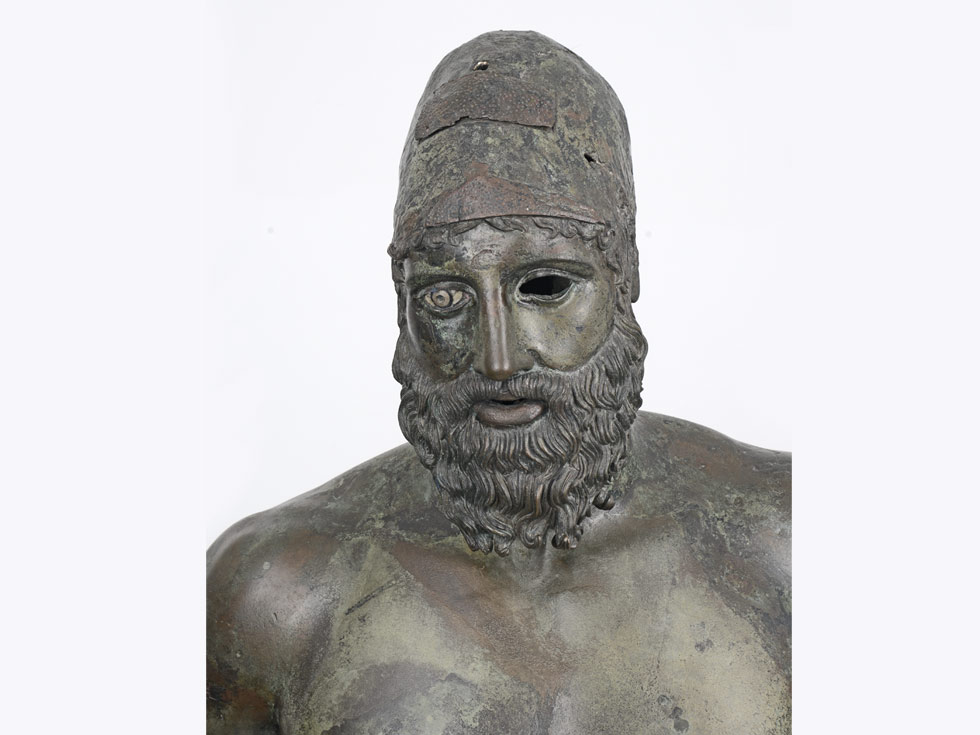 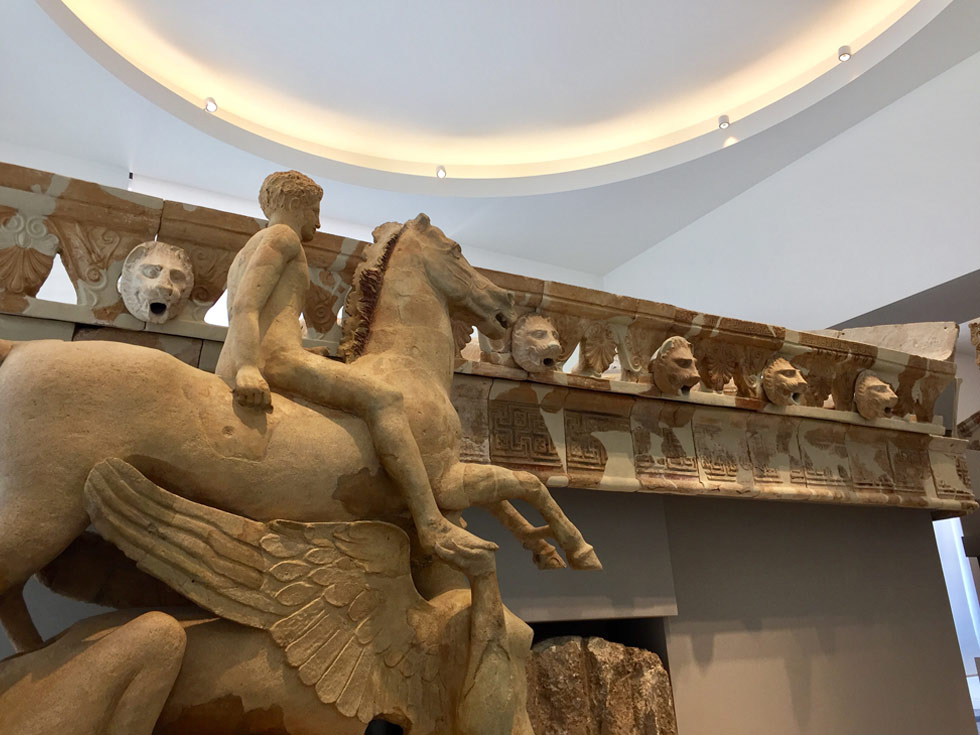 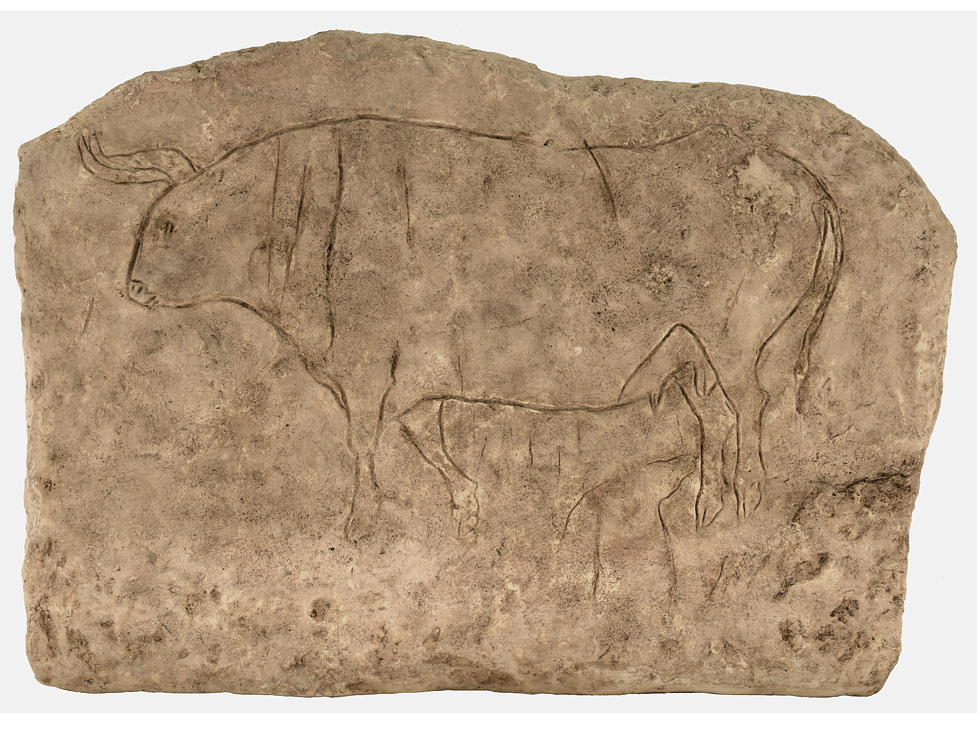 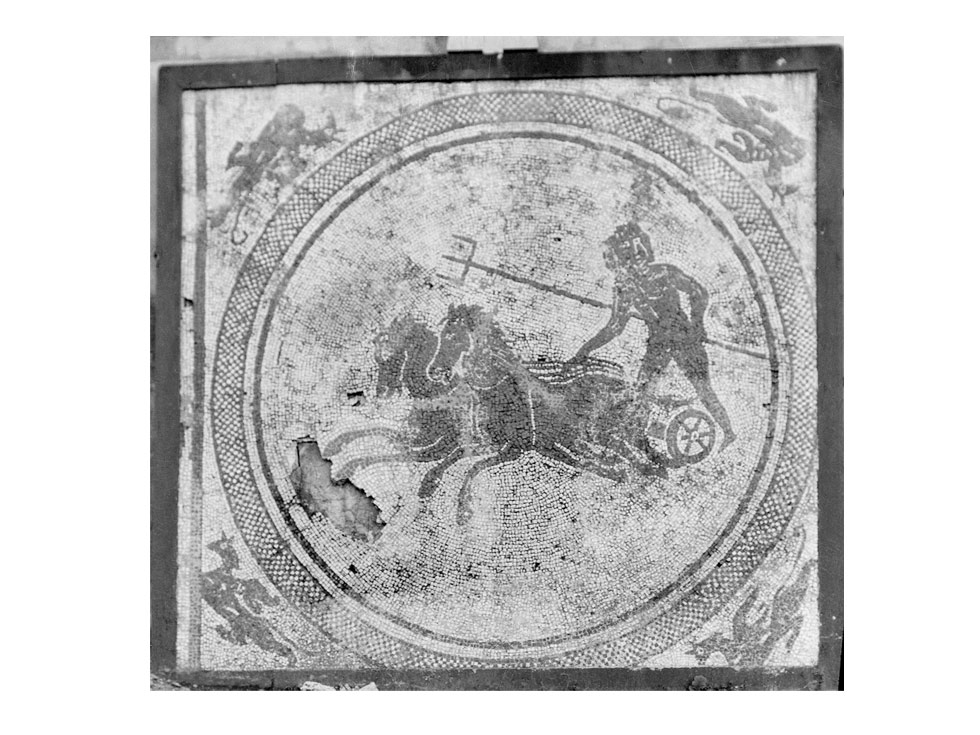 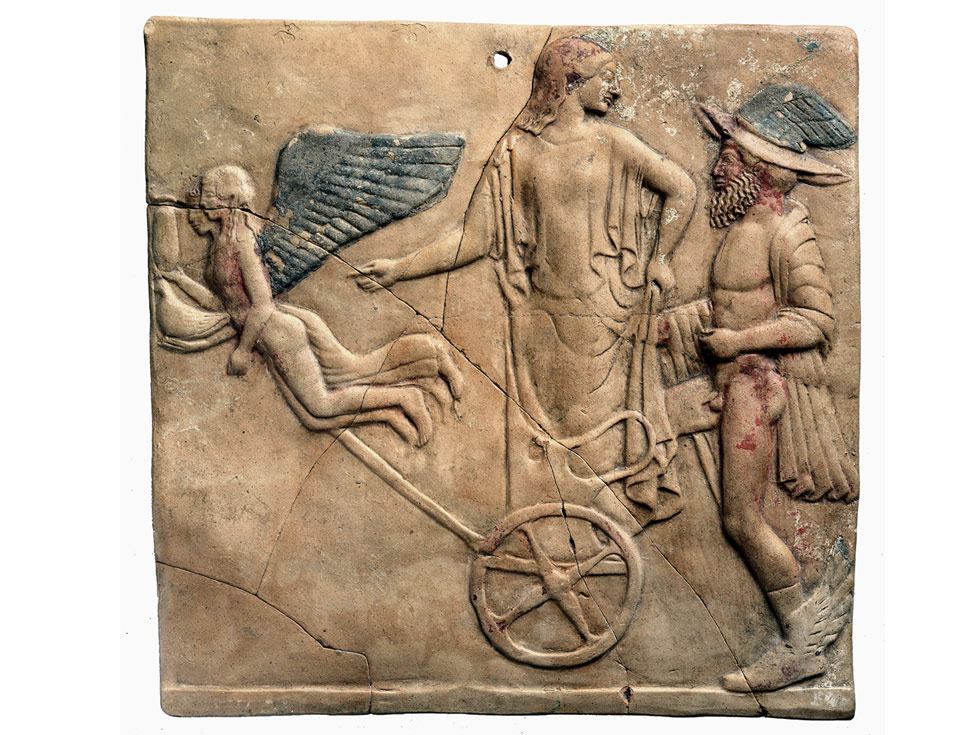 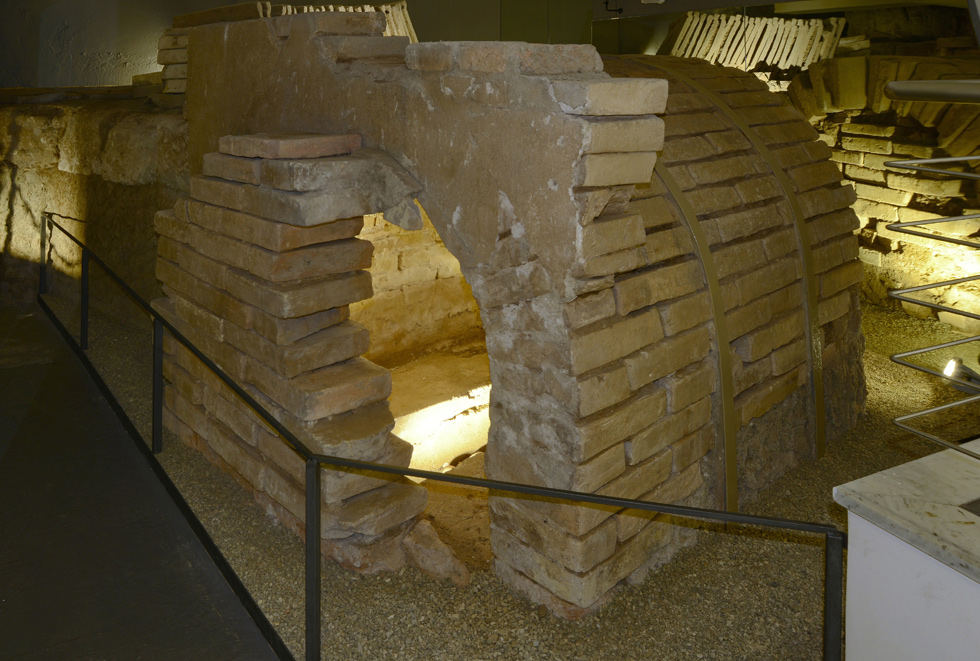 During the construction of the National Archaeological Museum of Reggio Calabria, in 1932, one of the necropolises related to the city of the Hellenistic region came to light. The large cemetery had to be developed for funerary use in the current Square de Nava and was connected to another area, located in the nearby area of ​​Santa Lucia, near Veneto Street. The excavated tombs, around 100, had several styles, from the simple ustrine (remains of pyre cremation) in the burial to cash to the most elaborate as the rooms in brick with barrel vault, for example.

The Necropolis dates from the 4th to the 2nd century BC, but the presence of older materials has led to the hypothesis that the area had been used with the same purpose since the Classical Age. Some burial findings are included in the new exposition route (at level E).

The findings that make up the lapidary come from a nucleus donated by the Civic Museum of Reggio Calabria, later enriched by the findings of the numerous archaeological investigations carried out in the area. The section, located at level E, shows monumental inscriptions, marble bases and numerous architectural and decorative elements of various chronologies, capitals, columns belonging to different buildings of the Greek and Roman cities of Calabria. 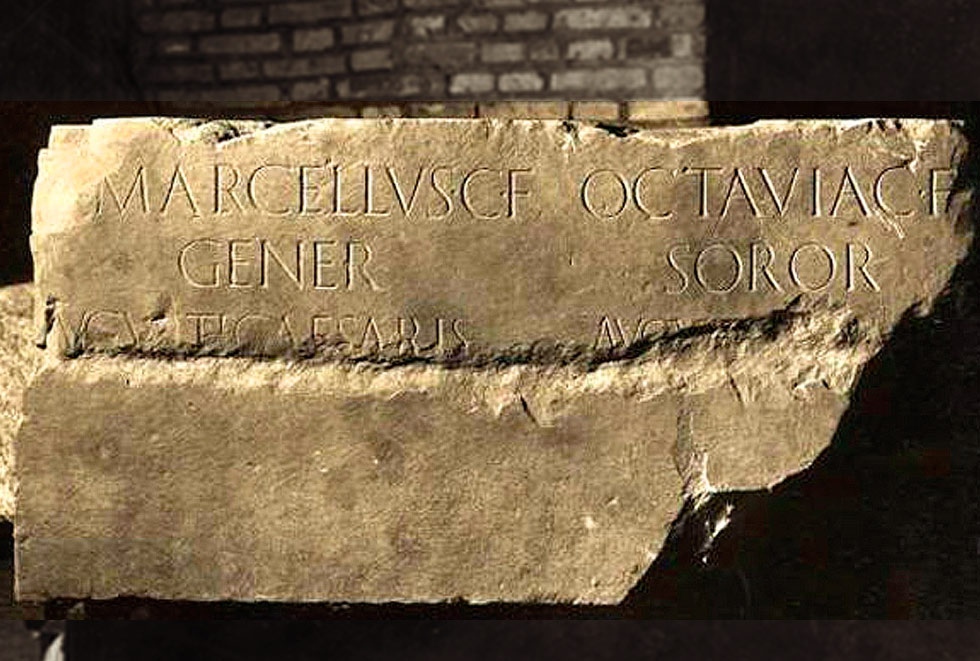 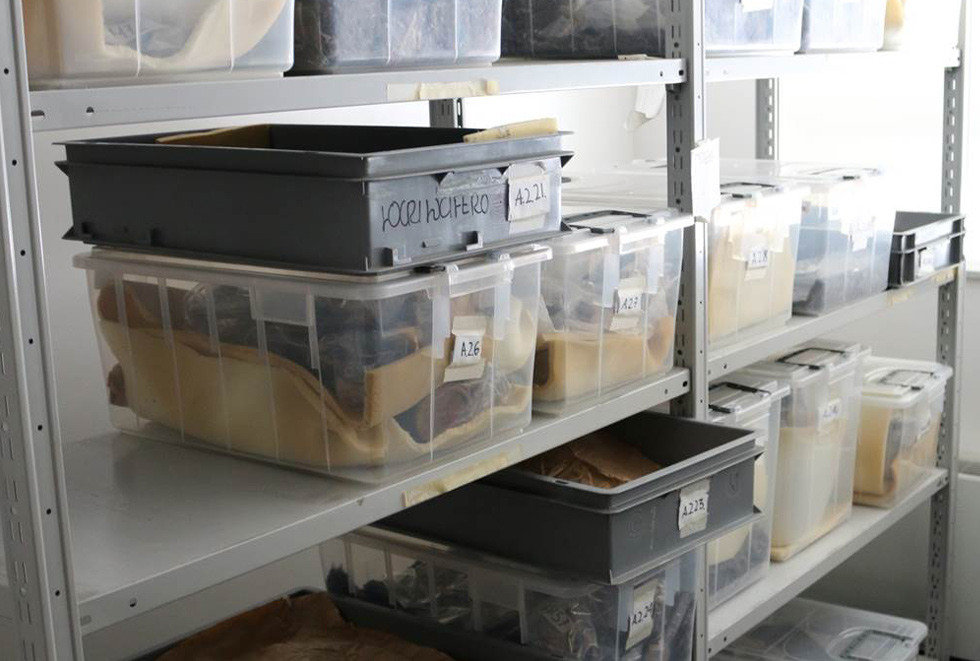 Storage areas are located in the basement and contain the materials of the old civic collections and archaeological investigations on the regional territory, divided by geographic origin and contexts, with a subsequent breakdown in relation to the years of excavation. 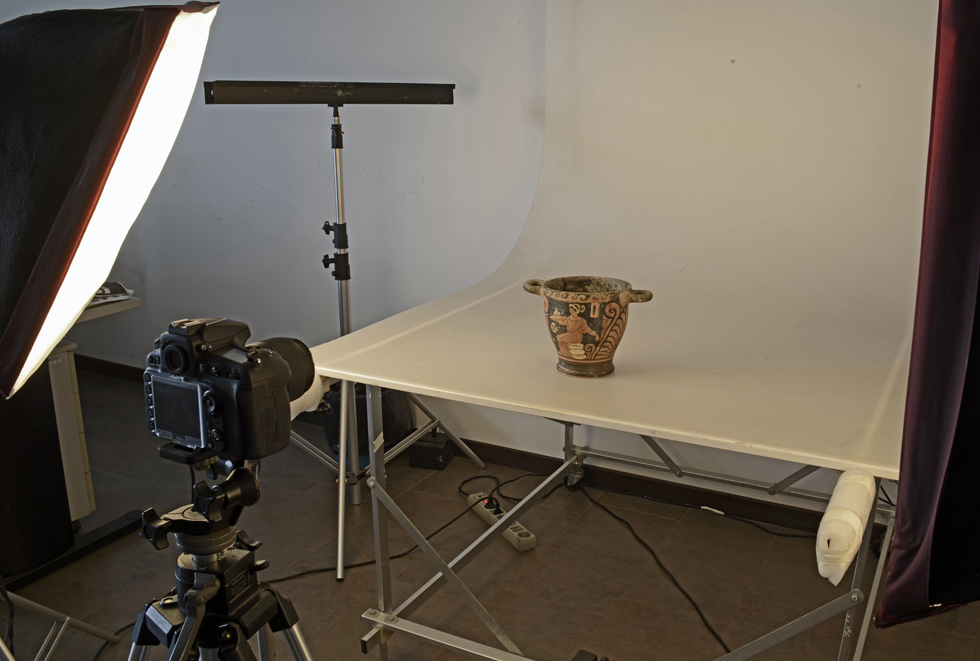