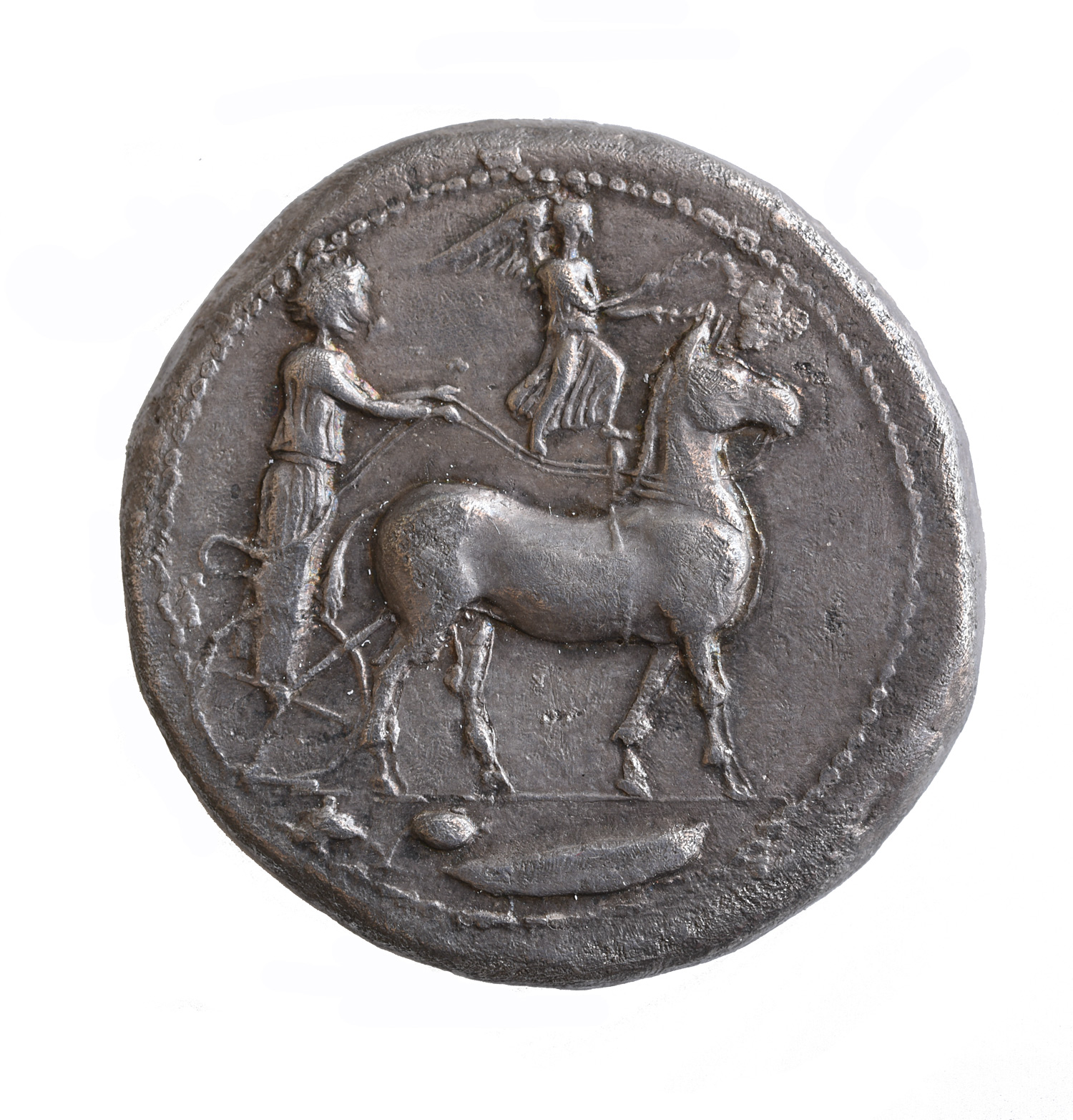 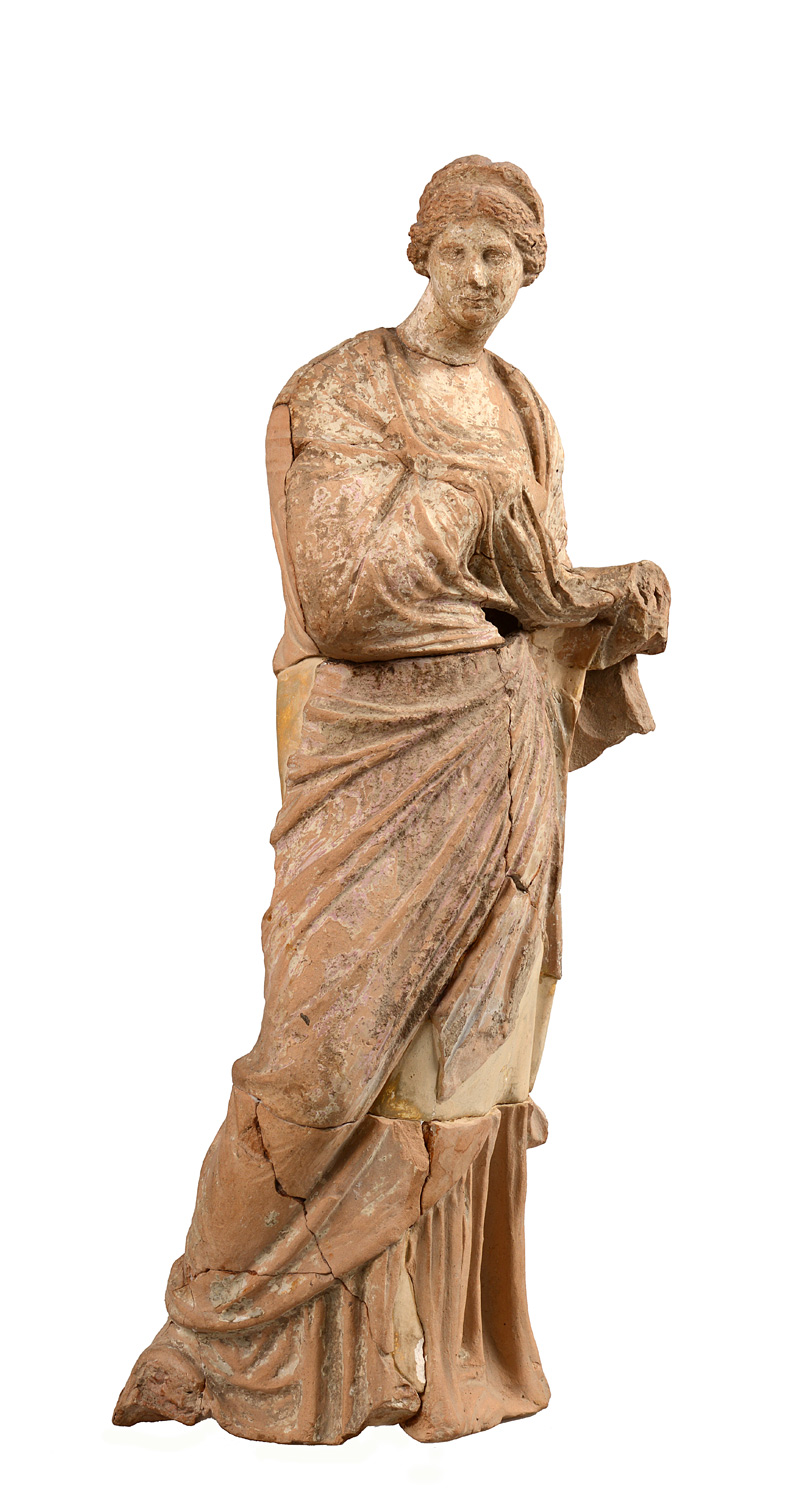 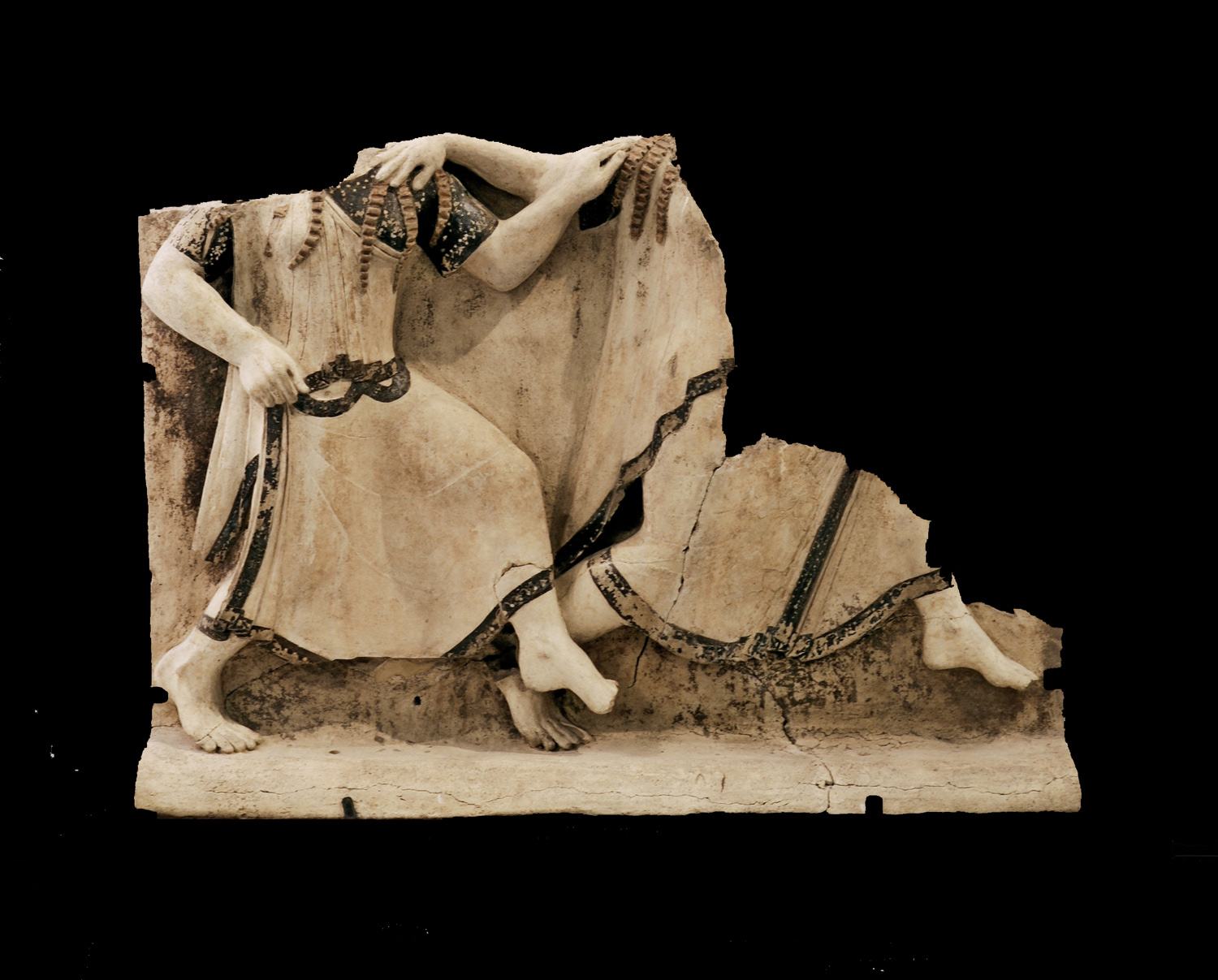 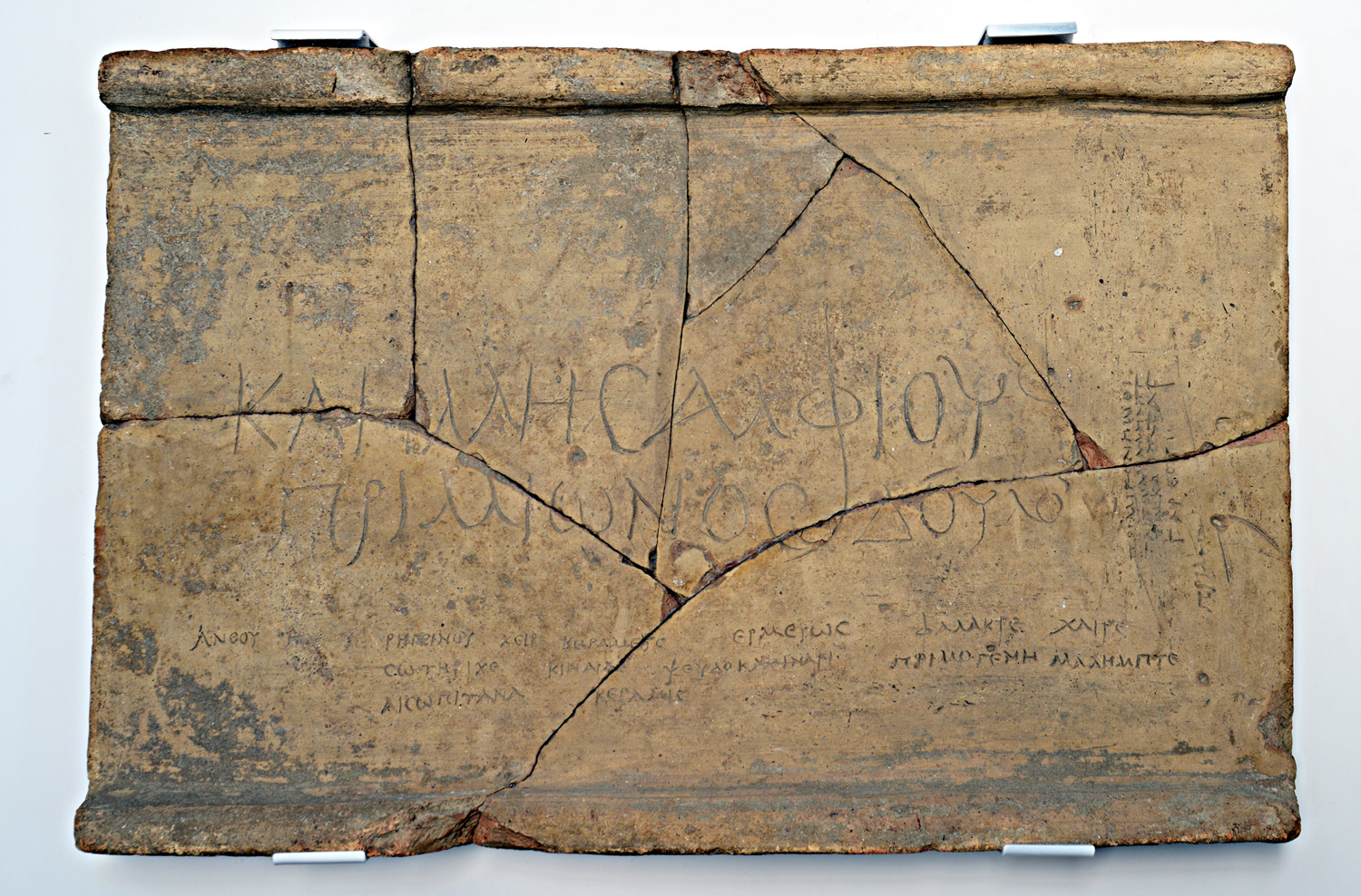 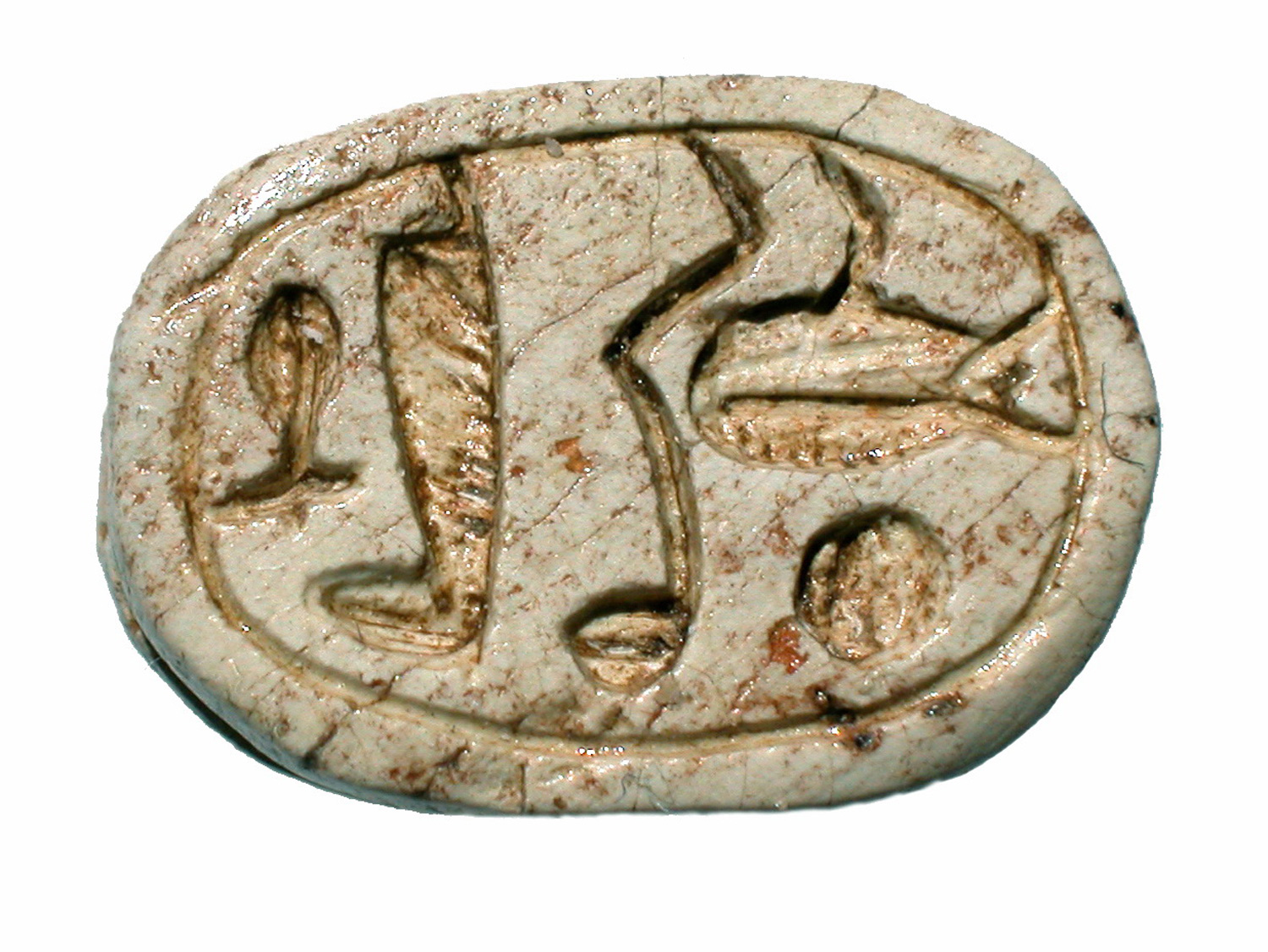 Region. The large colony of Calcidese

The remains of the necropolis found in Ronzo di Calanna date back to the Iron Age: earth burials held native, typical ceramics of the pre-colonization phase. Thanks to its strategic position, Rhegion becomes part of a dense network of trade routes both in the east and in the area of the Tyrrhenian Sea. Contacts with the Etruscan area are evident in three examples. Local production of black vases with red figures (calcidesa ceramic) also began, dating back to the 8th and 6th centuries BC.

From the end of the 6th century BC the city began to mint coins. In the next century, these assume the characteristic typology with the front of a lion head. An unusual testimony  to the political life of the city is in terracotta tablets with inscriptions, used in administrative ballots.

From the second half of the 5th century AD, in all Magna Graecia there developed a rich production of Italic ceramics with red figures, characterize by a varied polychromy painted over with white, yellow and red.  An example of this production is the fragment of a krater depicted with Hercules and Medusa.

From hills of the city there come attestations of conspicuous amount of private houses, endowed with cisterns to hold water objects for domestic use.  The finding of terracotta shards and forming molds confirm the presence of clay ovens.

From the sacred area of Griso-Laboccetta come many votive statues, together with a relief slab depicted with a scene of dance, that may have been a metopa.  The areas designated for the necropolises were located outside the walls of the city.

The epigraphic testimonies of the 2nd century BC provide information about the political organization of the city.  From the 2nd century BC, the Romans mixed the Greek language with Latin: this is evidenced by the epigraph in the mixed language of Fabia Sperata and rhodium Sallustio Agatocle. Throughout the imperial era, Reggio remained a strategic port between East and West. In rebuilding the routes of navigation and commerce used along the coast of Calabria in the time of the Romans, African pottery, fine tableware that replaces the Italian production, and the Gauls’ conquering the Mediterranean markets between the second and third century AD are all important indicators.  Another important example is the lead anchors and amphorae of diverse origins and chronology. 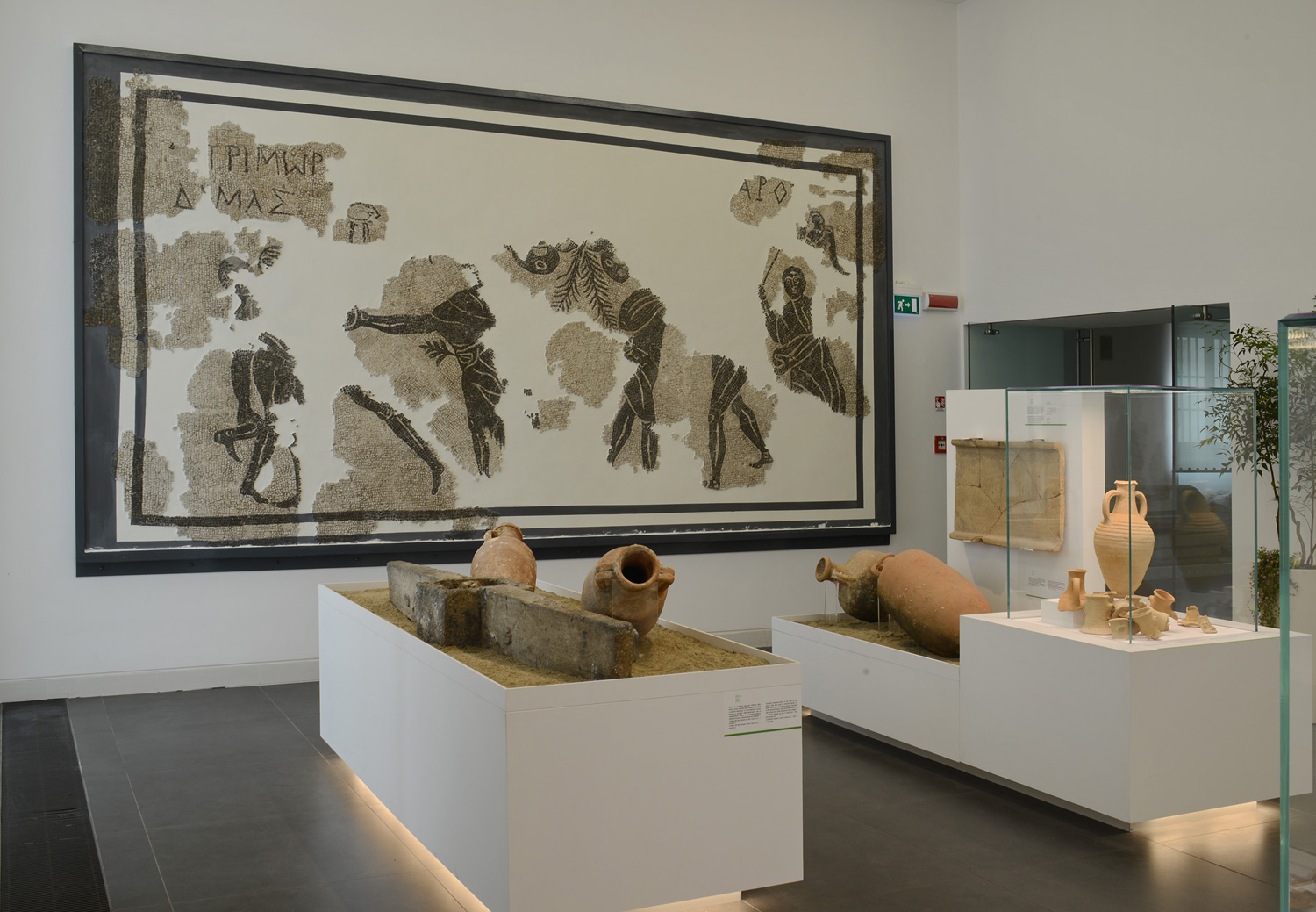 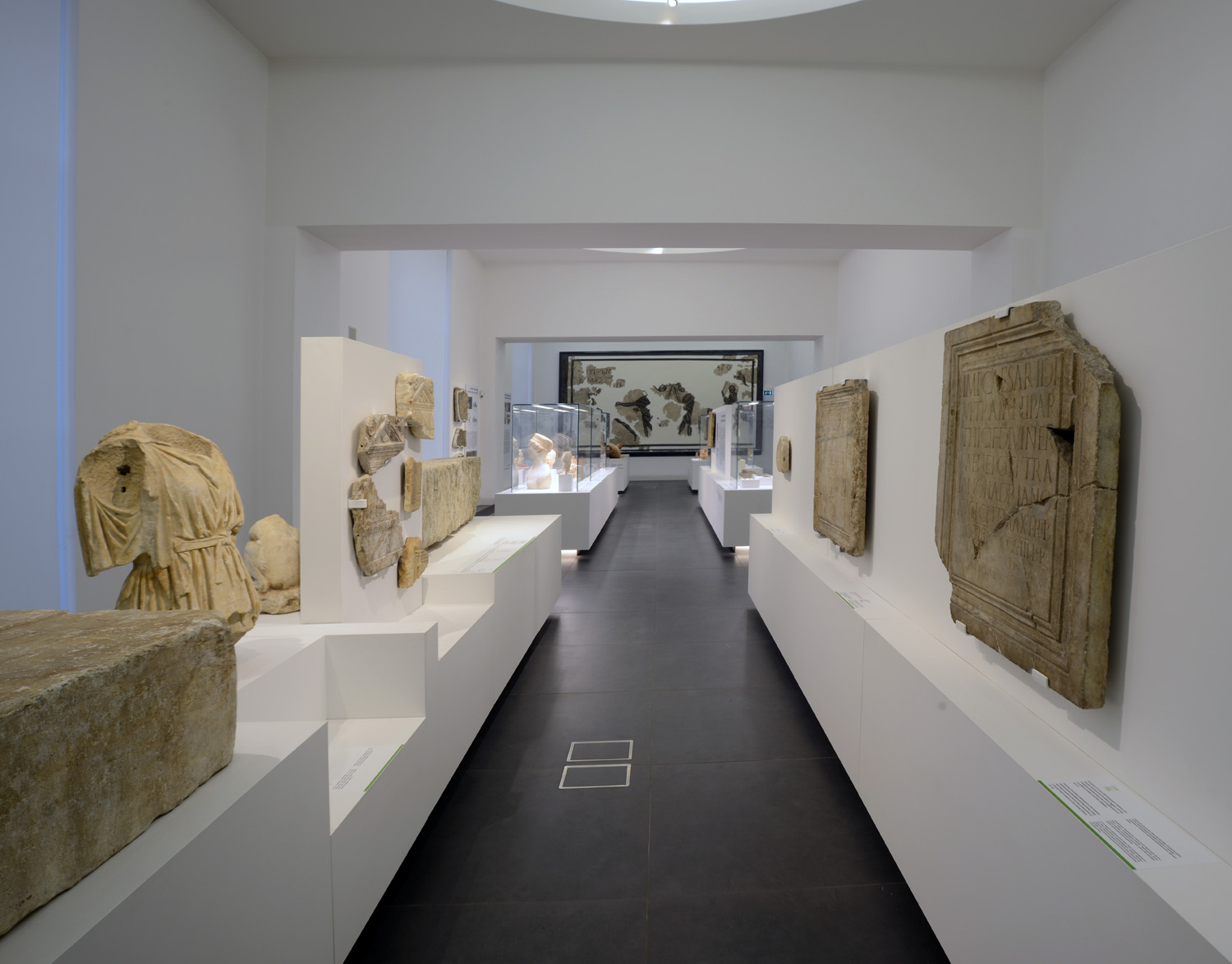 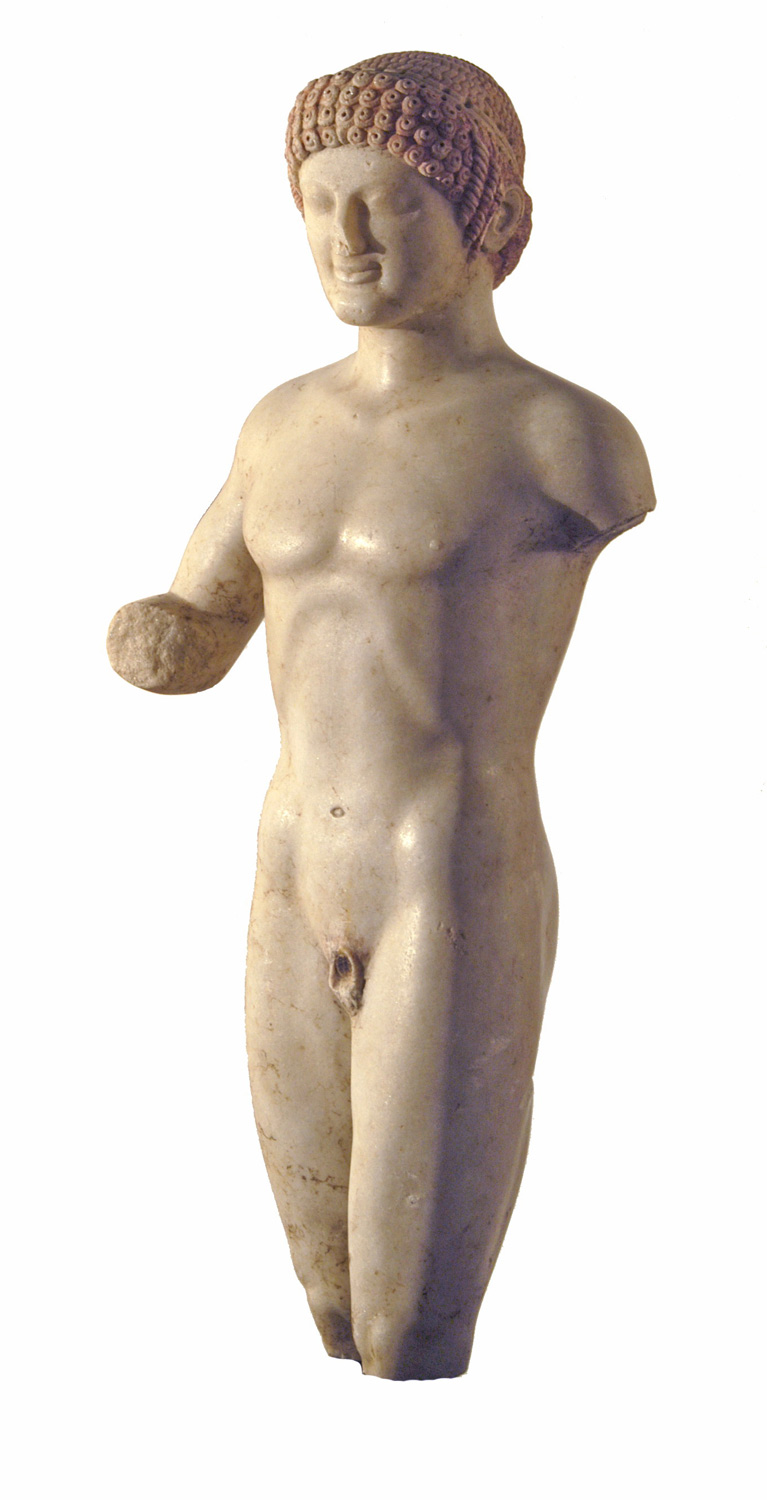 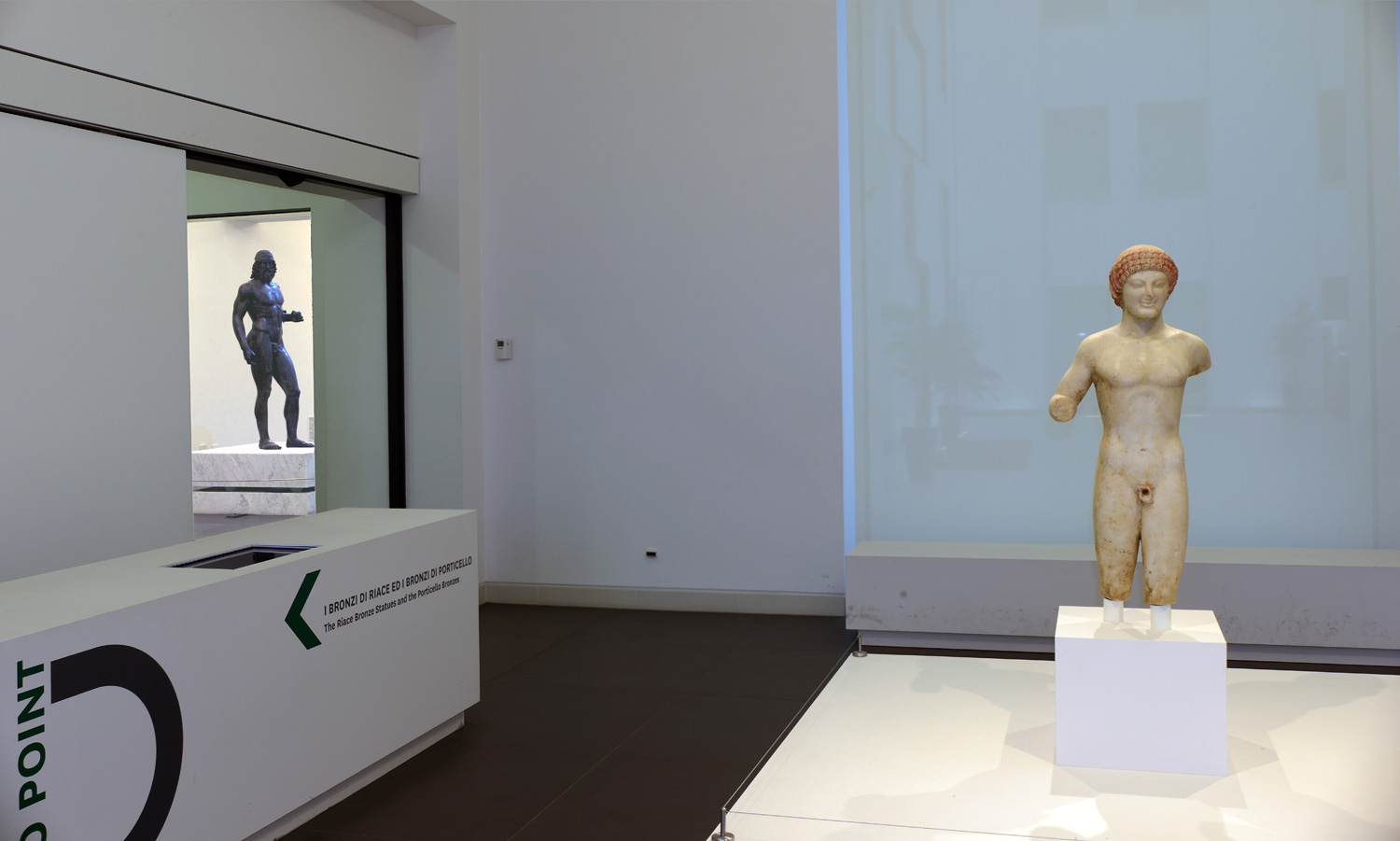 This is a pario marble sculpture, unfortunately incomplete, whose name comes from the Greek that means “child”. In archaeology this is used to denote a class of nude male statues in a frontal position, with arms outstretched to the sides and one leg forward. The statue can be dated to around 500 BC and has a height of approximately 90 cm (originally it should have been around 130 cm). Despite the fact that the origin of the marble was from the Greek island of Paros, it might have been the work of an artist who operated in Magna Graecia, presumably in Reggio.

The face has only partially defined eyes, originally surrounded by a dark overlay and lips lifted up at the ends, in the so-called “archaic smile”. The refined hair is made up of four rows of spiraling curls at the forehead and temples, with radial curls waving around the neck in a smooth braid.  Extensive traces of red are preserved.

The image was initially identified with a young athlete and the statue considered a funeral home (as a sign of a tomb), or religious (ex-voto in a shrine). It has recently been proposed that this could be the representation of Apollo.

Discovered in August 1972 by Stefano Mariottini in Riace (RC), the two magnificent bronze statues were recovered and quickly transported to the National Museum of Reggio Calabria, where they underwent an initial restoration that permitted the elimination of the layers of concretized sand. Then new restorations followed in Florence and again in Reggio.

There are many assumptions about its identification: it still has not been established with absolute certainty if the pair of statues was, from the beginning, a single group, or if their juxtaposition had occurred during transport over the sea. Identification is also quite uncertain and debated: were they athletes, heroes (such as Agamemnon and Ajax, Mirone and Alcamene, Achilles and Patroclus, Tydeus and Amphiaraus), or deities (Castor and Pollux)?

The study of the lands of fusion allowed the recognition of the Greek origin of the two statues — respectively, Attica and Argolis. They have almost the same height (Bronze A: 1.98 m, Bronze B: 1.99 m), the same nudity – emblem of the divine or heroic status – and posture (the right leg is held, the left is bent). Originally they were accompanied by arms: helmet, coat of arms (supported by the bent left arm) and a lance (held by the lowered right hand). Anatomical details are represented with extreme precision (the veins and arteries emerge from the epidermis) and the powerful musculature radiates strength and perfection. The eyes are in white calcite, with iris in glass paste and caruncle teardrop in pink stone; lips, eyelashes, and nipples are made of copper, while the teeth are made of silver paper. Both are produced using the “lost wax casting” technique.

Bronze A has worked hair finished at the top, and a thick and abundant beard, with their locks individually modelled; on the front it has a band that encompasses the curls and enhances the hairstyle. Bronze B has a smooth head, warped upwards to better accommodate the Corinthian helmet raised above his head to reveal the face.

While dating for the Riace Bronzes is controversial. They certainly represent two masterpieces of the bronzes of the fifth century BC.

During the course of 1969, some fishermen from Villa San Giovanni found a small underwater archaeological site in the waters of the Bay of Porticello. The systematic underwater excavations began in 1970 and brought important news about the structure of the wreck and its cargo, sunk between the end of the 5th and the beginning of the 4th century AD. The remains of wooden hull that can be retrieved are scarce, but enough to recognize the manufacturing technique of the boat, which was initially measured about 20 meters long; it also had to be equipped with several lead anchors, and the helmet had separate bars and against plaques covered with bronze elements. The pottery that was found, one part was used as equipment by the crew (achromic and black paint ceramic), and the other part made up the cargo of the ship. Attic pottery and amphorae contained food. A characteristic element of the cargo was small ink, which was rare in ancient times.

The philosopher and Basilea head

Among the treasures found in the shipwreck of Porticello are fragments of bronze statues, attributable to nude male figures, perhaps athletes, and other fragments probably related to a life-size male figure, dressed in a long draped robe, whose bearded head has remained intact. There are no elements that allow the nature of the image known today as the Head of a Philosopher to be identified with certainty, who might also be a scholar or a thinker. The face has very marked features, small eyes, and a thick mustache; the beard is very long and its locks are worked separately, as well as the curls of the hair.

From the same site comes the Head of Basel, characterized by a thick beard and a band between the curls of the hair. It can be dated to the middle of the fifth century BC. 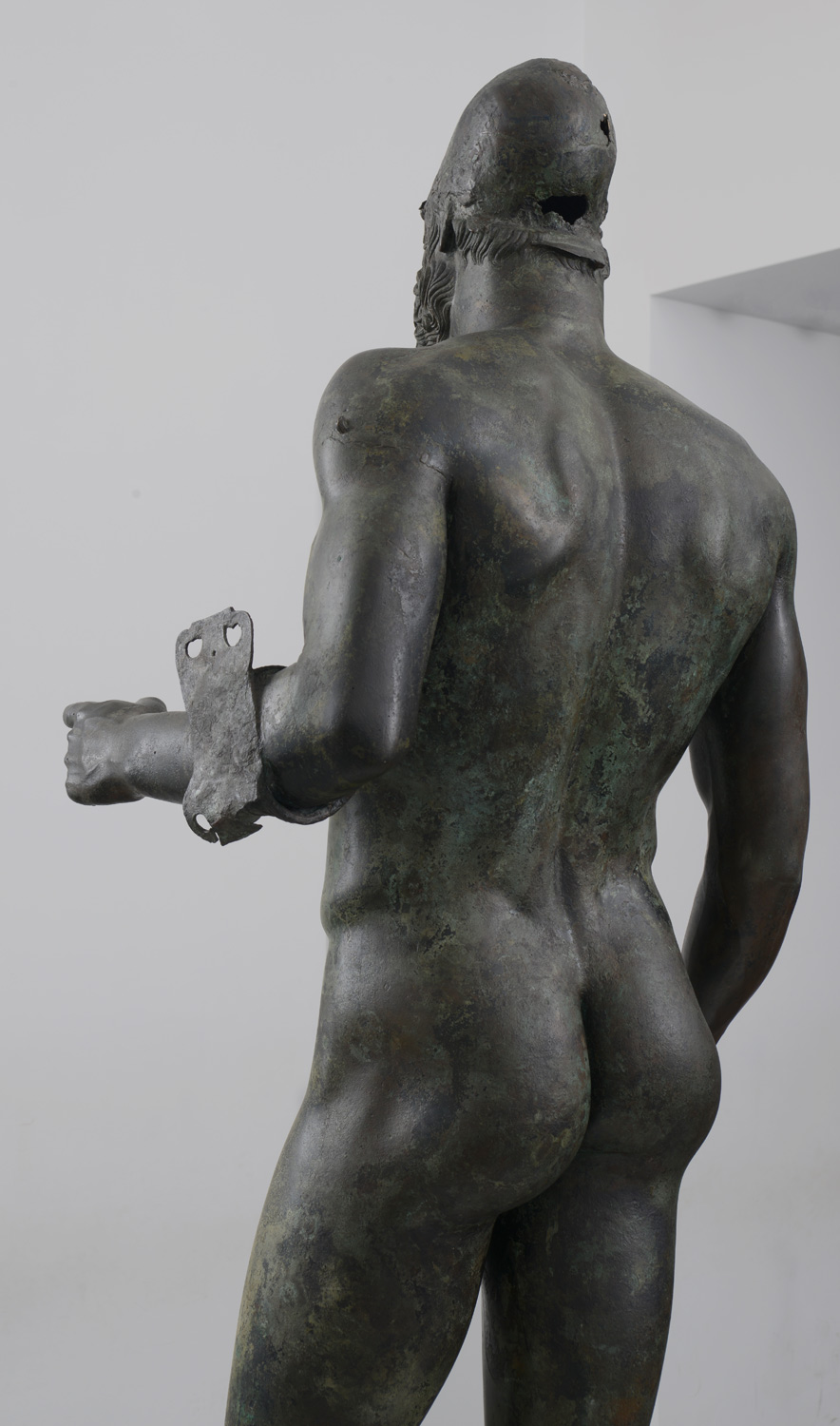 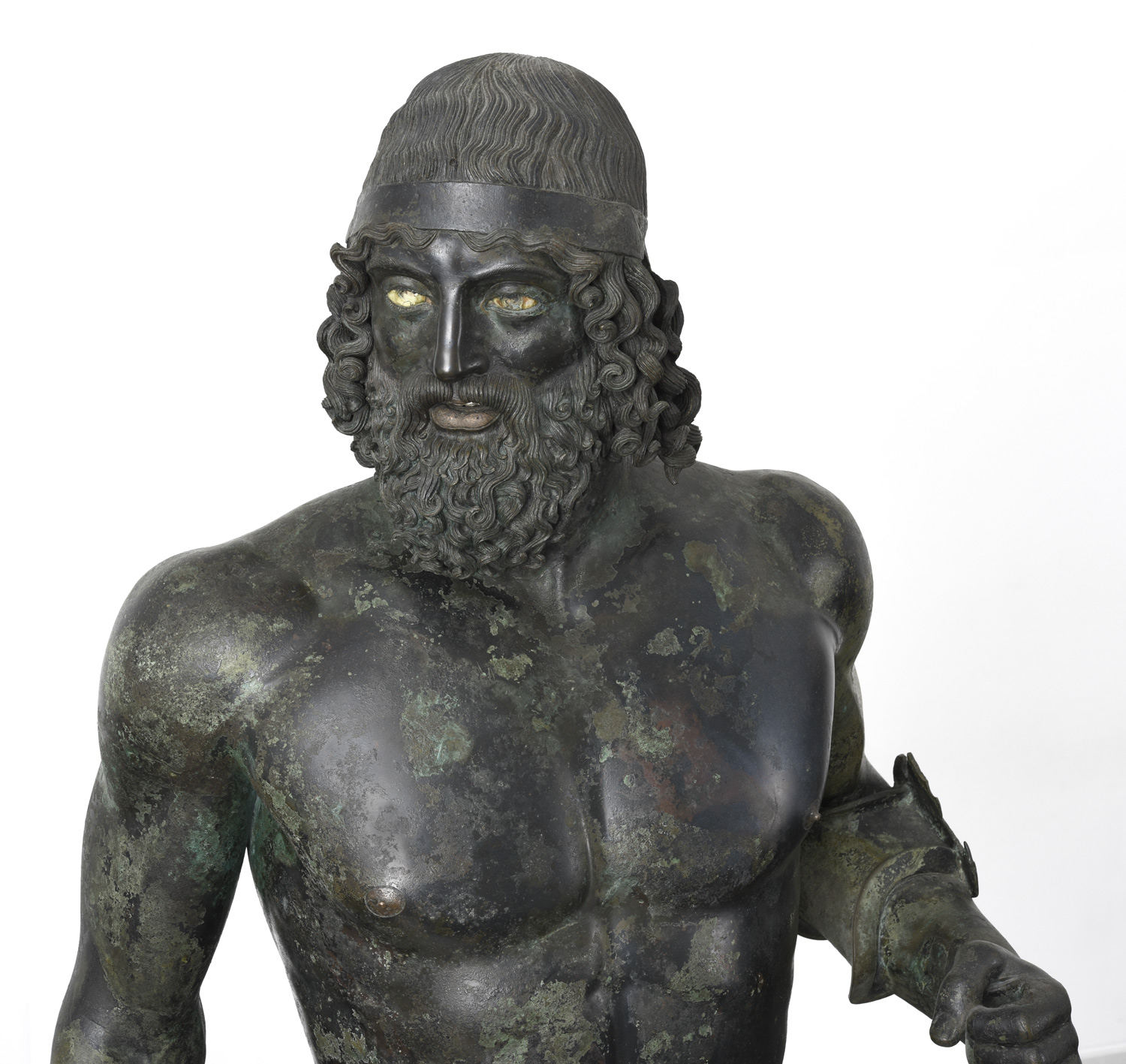 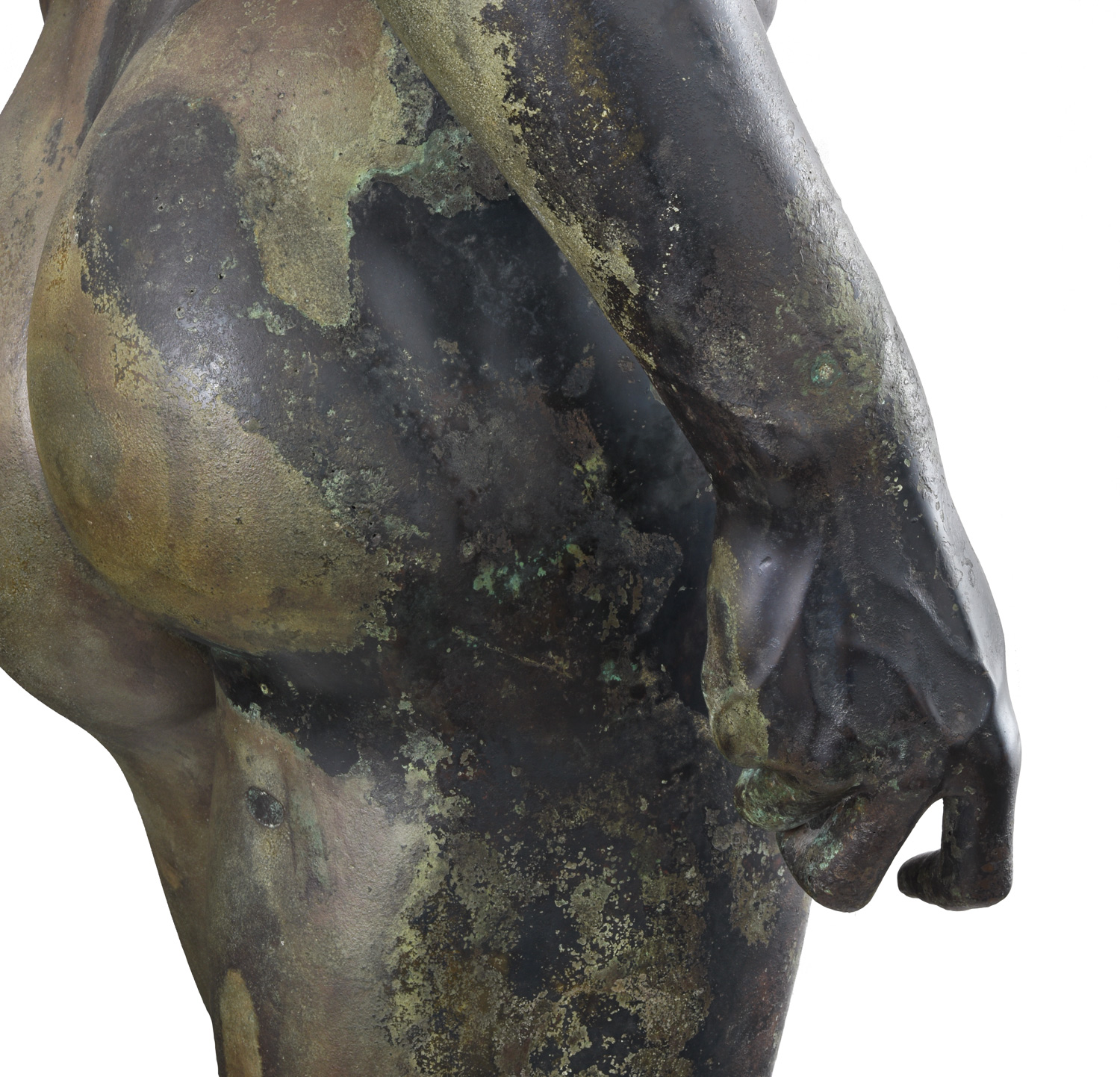 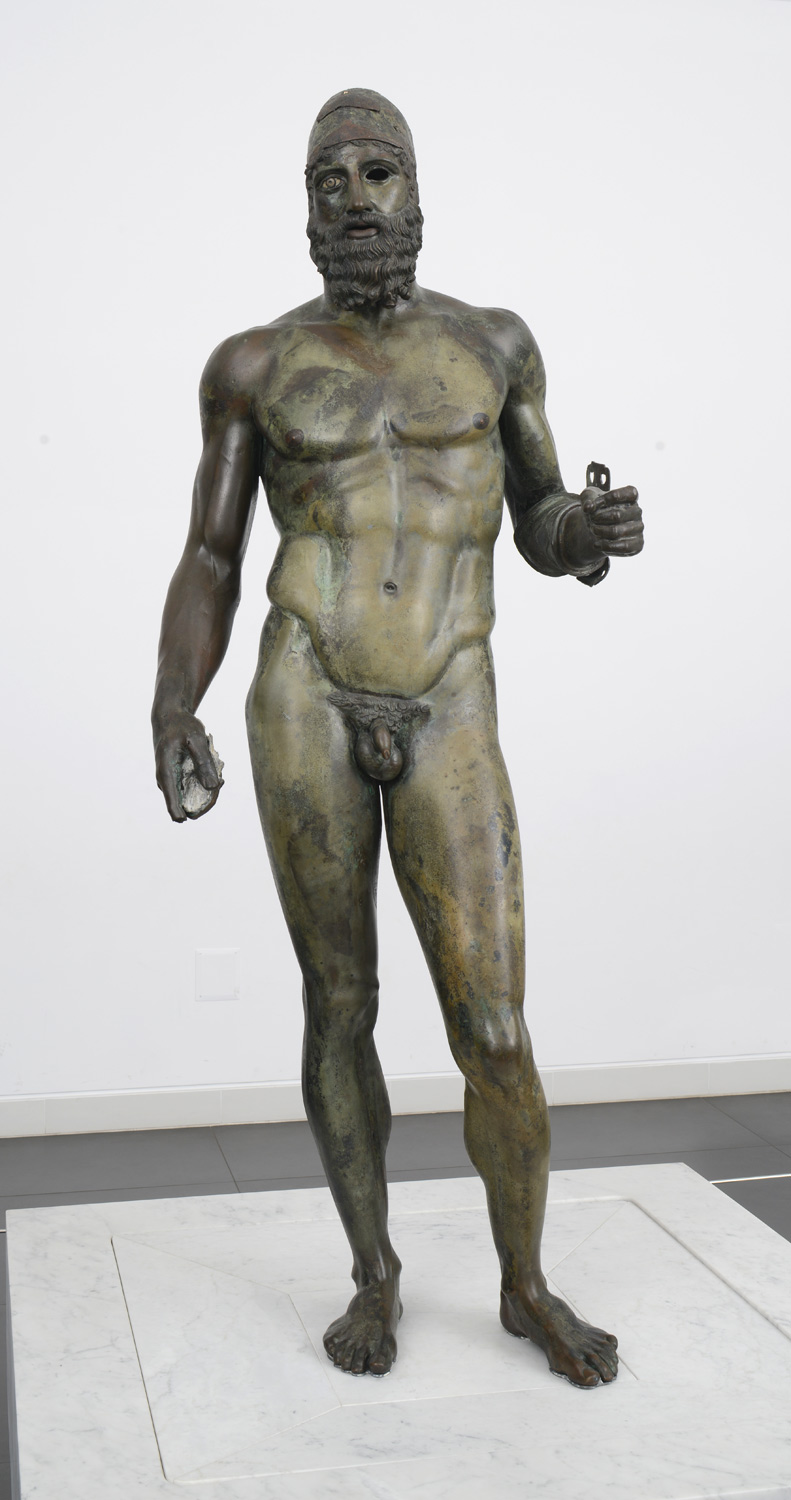 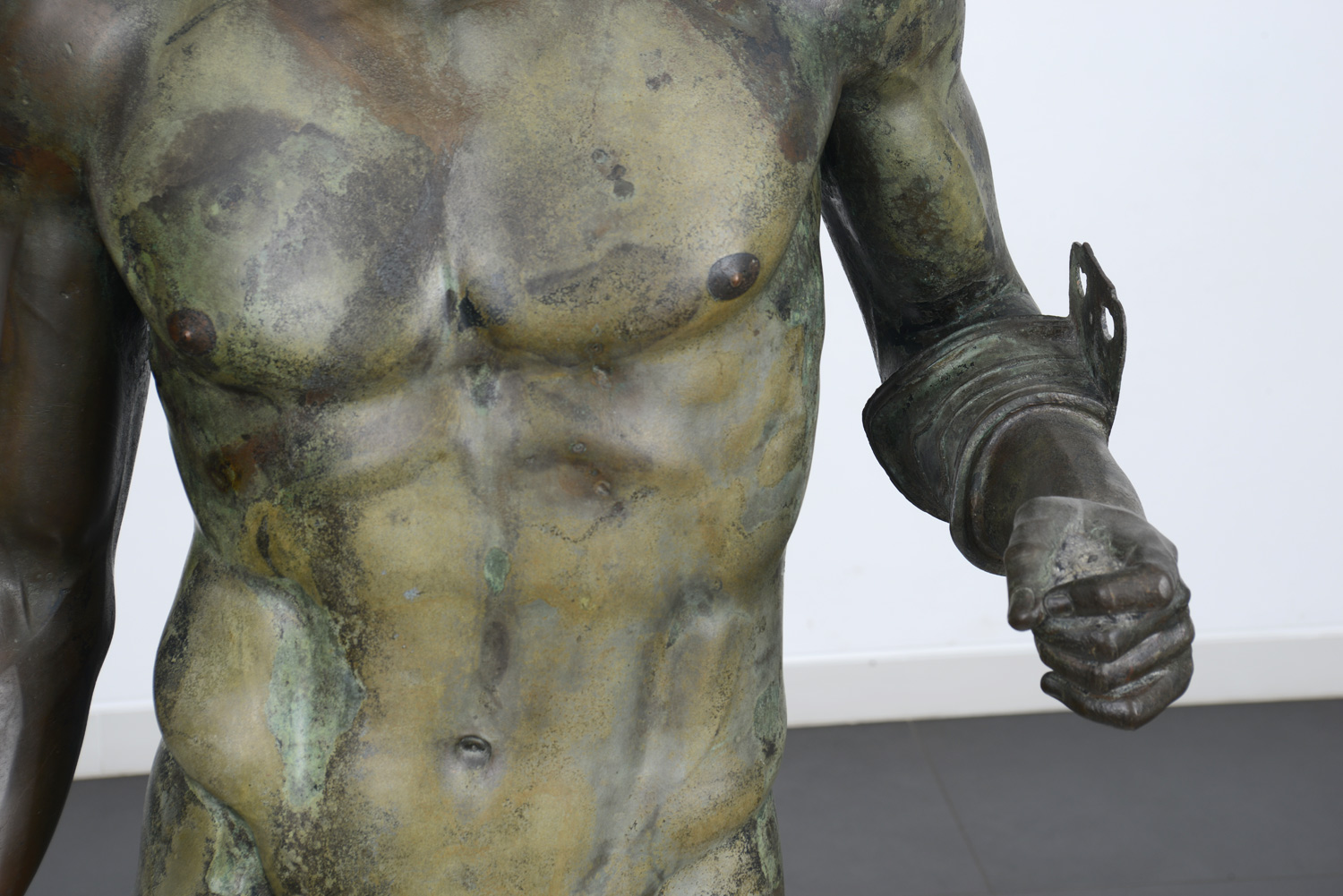 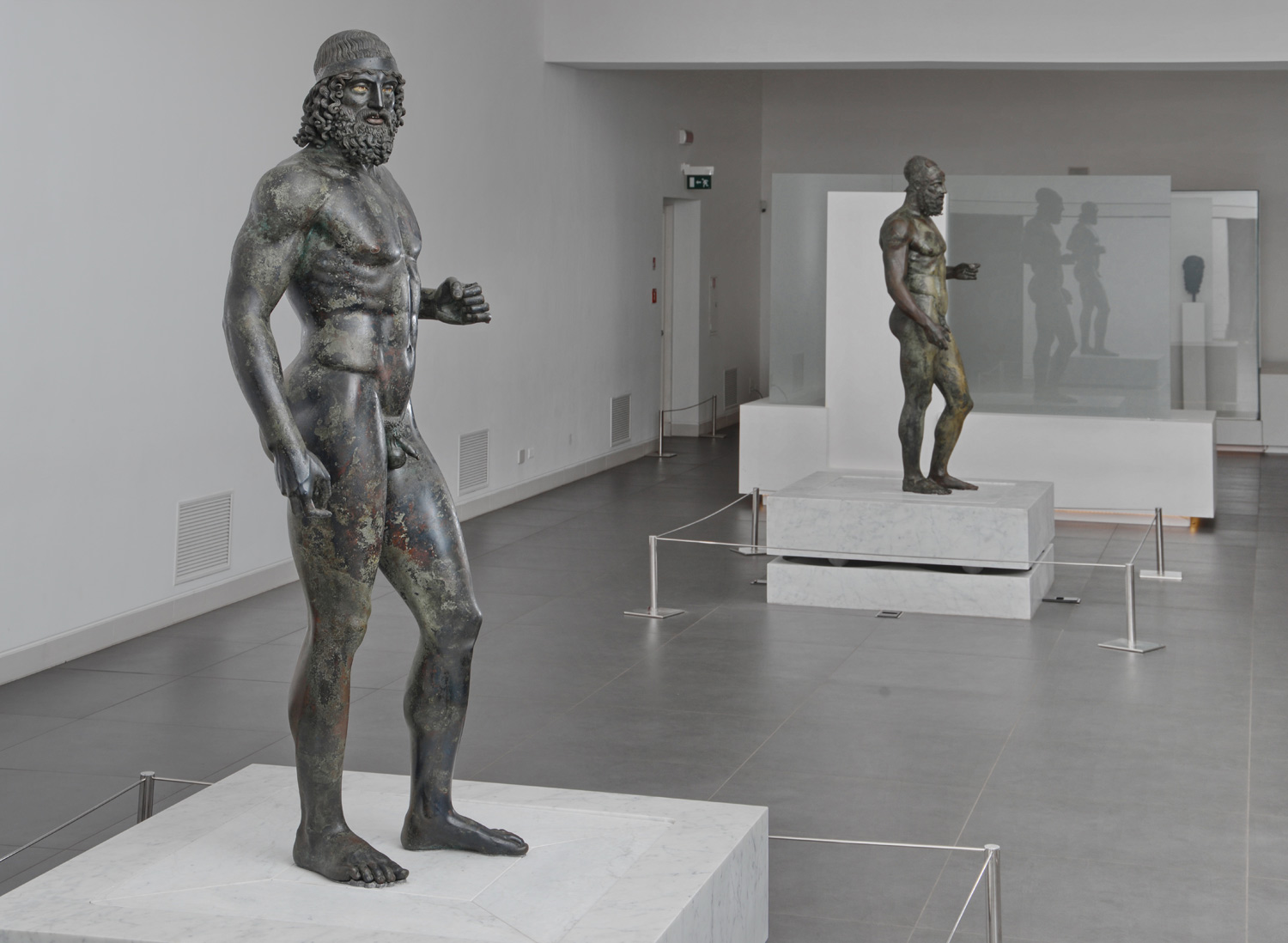 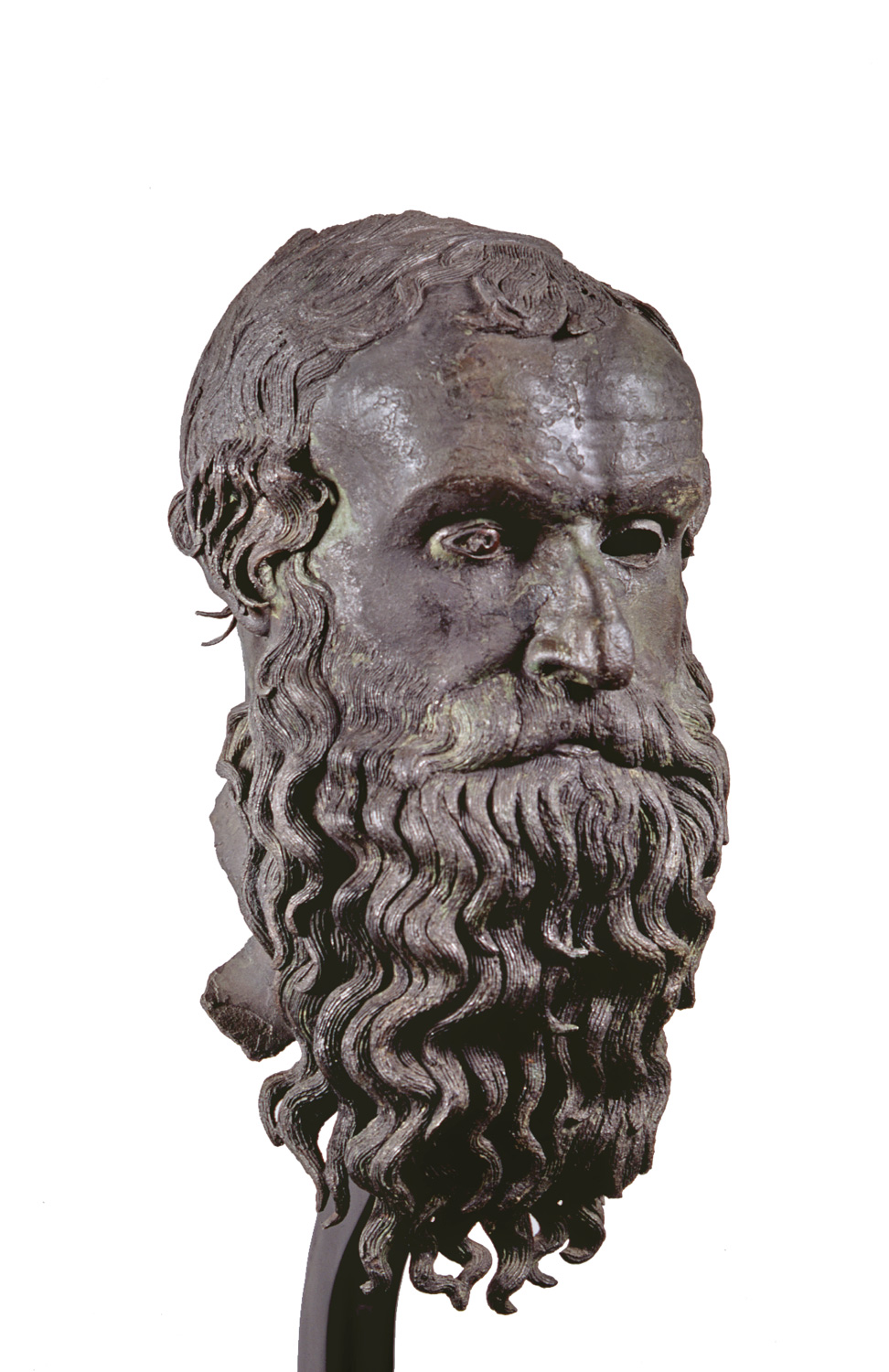 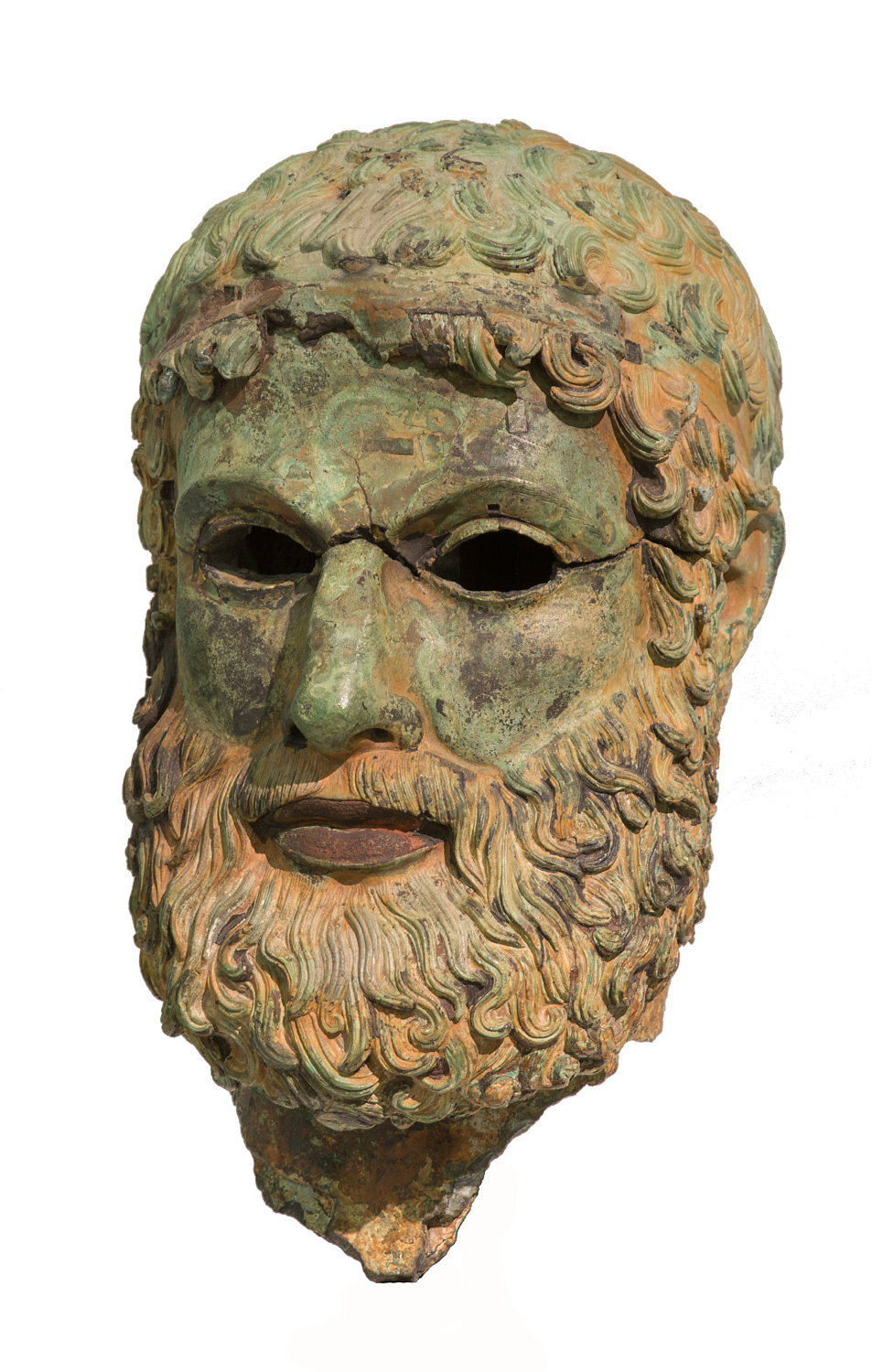